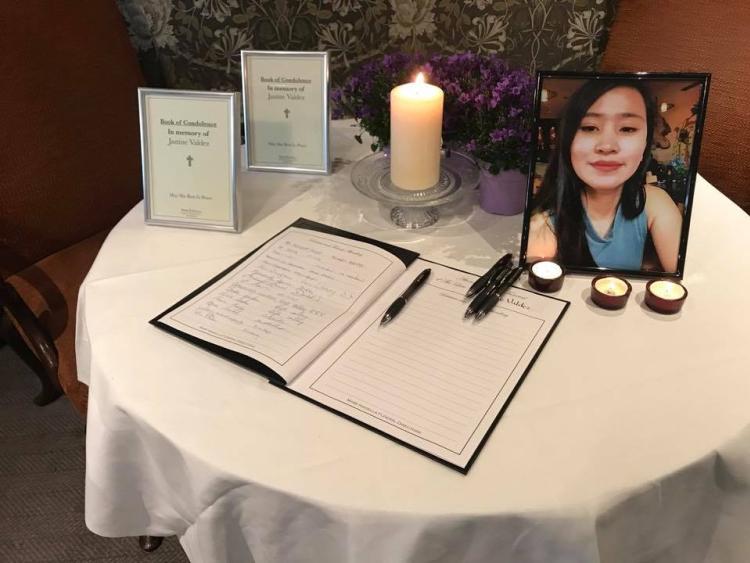 A local woman is currently coordinating the emotional and financial support for the parents of murdered student, Jastine Valdez, as they prepare to repatriate their daughter’s body to the Philippines.

Mullahoran woman Vanda Brady is the coordinator of the Filipino community organisation, Outreach Ireland, which provides Consular Outreach Mission supports to Filipinos living in this country.

The organisation has also set up a GoFundMe campaign which to date has raised €117,000 for the Valdez’s.

Speaking to LongfordLeader.ie, Ms Brady, a native of the Philippines, said communities across the country were left “devastated” in the aftermath of Jastine’s death last weekend.

“At the moment we are raising funds for the parents of Jastine who are preparing to bring her body back to the Philippines,” Ms Brady continued, before pointing to the GoFundMe page. 3,904 people have contributed to the fund in the past 48 hours.You can access the page HERE

“We are trying to provide them with the financial support and also the emotional support they need to bring Jastine back to the Philippines.”

Ms Brady, meanwhile, says there is a sense of devastation since the 24-year-old Filipino woman’s body was found in a wooded area near Puck's Castle Lane in Rathmichael south Dublin on Monday. Jastine was abducted on Saturday evening not far from her in Enniskerry, Co Wicklow.

“Everyone is devastated over this, not just the Filipino migrant community but people in Ireland as well - people are just trying to hold masses and vigils and think of Jastine,” she added.

“It is so unfortunate what happened; it is a very bad incident.”

They stated: "Wicklow County Council extends its deepest sympathy on the recent and tragic loss of Ms Jastine Valdez. Our thoughts are with her family, friends and the entire community at this sad time. Ar dheis Dé go raibh a h-anam dhílis."

IN MEMORY OF JASTINE VALDEZ

Jastine Valdez was an only child  taken from her parents at the age of 24 in the most unimaginable circumstance. Born in the Philippines she came to Ireland to study and to join her parents who are now naturalised Irish citizens. Both parents work and are active in the community.

This page was set up to facilitate all of those who wish to offer support and sympathy to the family of Jastine Valdez following her devastating death.

The Valdez family have lost their only child, they are facing a situation that no person on this earth should have to face. They are parents saying goodbye to their child. The circumstances on how they lost their daughter are public knowledge and are in the link below so reciting an account will serve no purpose.

Any and all funds raised on this page will go directly to the parents of Jastine Valdez to help them in the weeks and months ahead.