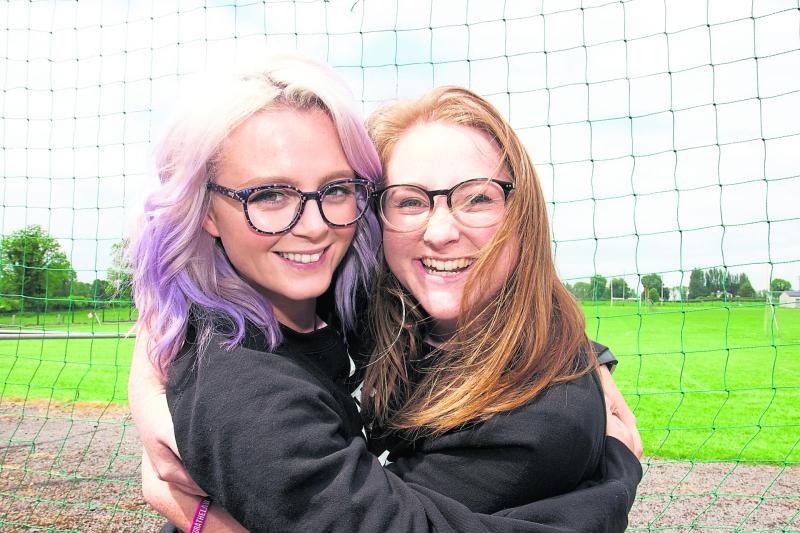 Over 52,000 people voted and, in the end, it was a result which never looked in any doubt.
Approximately 58 boxes from across the county were emptied, sorted and counted on Saturday as Longford voters gave their verdict on whether or not to repeal the Eighth Amendment.

And like three years previously when the question was put to the electorate as to its feelings on the legalisation of same sex marriage, 54 per cent voted Yes.

This time that acknowledgement was to give legislators, for the first time in Ireland’s history, the green light to legalise abortion for up to a period of 12 weeks.

A total of 89,665 in the county were armed with polling cards last Friday with 53,172, or 59 per cent of voters opting to exercise their democratic right.

Perhaps surprisingly was the relatively low level of invalid or ‘spoiled’ votes.

Only 183 were classed as being unreliable for counting purposes, some way below the 409 which had been recorded in the 2015 Marriage Equality Referendum.

A closer look at the tallies, a small number of which were subsequently termed as being partial or incomplete, threw up some interesting findings.

Eight boxes, four of which came from Longford town, recorded majorities in favour of the ‘No’ side.

The others, located at stations in Mostrim, Granard Urban, Ballinalee and Newtowncashel, was indicative of many pre-ballot estimations that Longford could buck the national trend and return a ‘No’ vote.

Even more pointedly was the results in Longford town, a voting metropolis several had been anticipating would hold sway with the predisposed liberal mindset of urban areas.

As it transpired, just 82 votes separated Yes from the No side with three boxes at St Joseph’s National School and one at St Michael’s National School showing a victory for those seeking to retain the Eighth Amendment.

On the flip side, the most resounding of triumphs for the Yes side came at Kenagh National School, the back yard of local councillor Colm Murray.

The Fine Gael local representative was not shy in rowing in behind the Yes campaign and was observed pounding away on a computer in the results room on Saturday morning as tallies came flooding through from soon after 10am.

It was no surprise to see the well spoken local politician tweet his “delight” soon after at seeing his home village deliver the highest repeal vote in the county with 284 backing the Eighth Amendment’s abolition and 128 supporting its retention.

Other, though decidedly less, comprehensive winning margins for the Yes side came at boxes in Longford town (Teagasc) Mostrim NS and at polling booths in Ballymahon and Rathcline/Lanesboro respectively.