Longford vote was a 'phenomenal result' 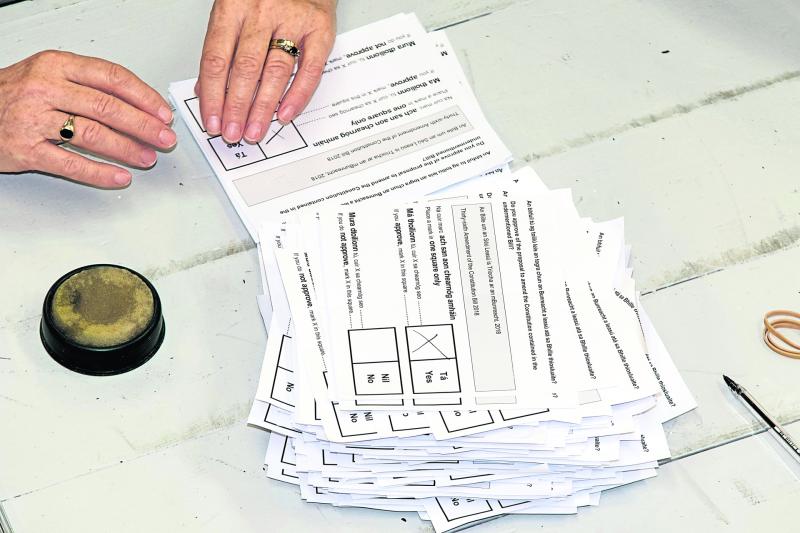 The decision by Longford voters to follow a national unrelenting tide to repeal the Eighth Amendment has been greeted with muted satisfaction.

It might not have matched the country’s two thirds majority who sided in favour of abolishing a controversial amendment that gave equal legal status to the lives of a foetus and the woman carrying it, a 58 per cent return was not to be sneezed at.

“It was a phenomenal result,” beamed Síona Cahill, co-ordinator for Longford Together for Yes.

Ms Cahill spoke at length about how she, like so many of her Yes advocating peers, were met by umpteen personal stories linked to an issue that for so long has remained a taboo subject.

“What’s more, this was a campaign run by local people, mothers and parents, people who paid babysitters to actually come out and canvass.”

She also defended the slightly lower turnout others, perhaps, may have been anticipating.

In citing the relatively low level of publicity given to it by local media, Ms Cahill said the eventual turnout total of 59 per cent was “quite high” under the circumstances.

She also joined calls for the Government to start the legislative ball rolling and lay the foundations for abortion services up to a period of 12 weeks.

“As immediate as possible,” was her response when asked about when those in the Yes camp would like to see laws enacted.

“But it shouldn’t be rushed. At the end of the day, we will still have 12 people a day accessing illegal abortion pills or travelling (to the UK) and until that point (of legislation being enacted) I will continue to advocate for those people because they shouldn’t be made to feel alone anymore.”

It was a similarly empathetic tone local and ‘Yes’ supporter Colm Murray chose to adopt as he mused over the final results in Kenagh on Saturday afternoon.

“It is a good result but it’s not a day for celebrating because it’s such a traumatic and troublesome issue even for anyone that has to be subjected to these situations,” he said.

“It’s a day for recognising the people of Ireland stuck by women and decided they were entitled to their own say on their own healthcare and the welfare of themselves and potential families.”

Local Labour TD Wille Penrose was one of the first to make clear his stance on whether the Eighth Amendment should be consigned to the past.

He said the outcome represented a “well informed” decision by the electorate to an issue that for several weeks had proved more divisive than most had foreseen.

For his fellow Longford Westmeath TD and Fianna Fáíl deputy, Robert Troy, the day was not one to make political gains from.

In fending off suggestions Taoiseach Leo Varadkar might be tempted to cash in on the mandate afforded to the Government by calling a snap general election, the Ballynacargy man insisted now was not the time for such considerations.

“At the end of the day, what I think he (Mr Varadkar) should be focusing on is respecting the will of the Irish people.

“I think that's what's required of us and that's what we should be doing and we shouldn't be moving our focus or attention anywhere else."

Whether the Fine Gael leader listens to those urgings is open to interpretation and, more importantly, is a question only he can answer.