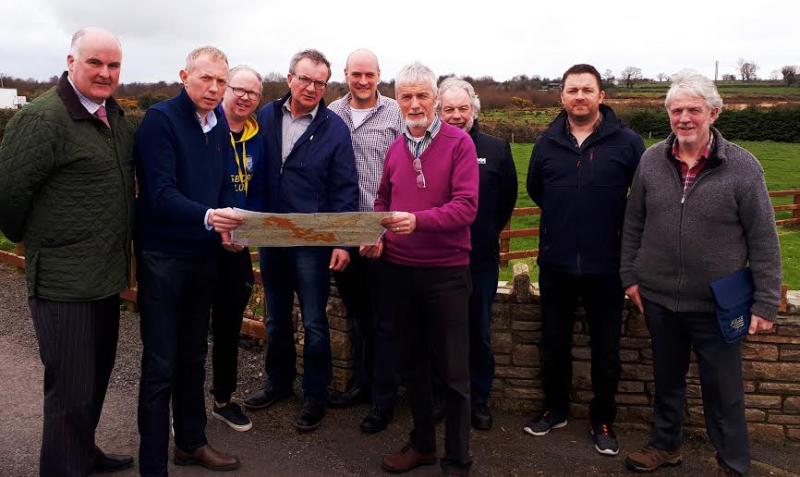 The local community in Killashee where the development of a wind farm has been proposed has expressed serious concerns this week over wind energy guidelines in respect of such developments.

Fianna Fáil General Election candidate for Longford/Westmeath, Cllr Joe Flaherty has called on the Government to publish the new wind energy guidelines and ensure that the concerns of communities that he respresents are reflected in the terms.

The local area representative in Longford town made the calls after meeting representatives of the ‘No to Derryadd Windfarm’ campaign alongside Fianna Fáil Spokesperson on Communications, Climate Action and Environment Timmy Dooley TD.

“It’s clear after meeting with representatives of this campaign that they have reasonable concerns that will have to be taken on board,” added Cllr Flaherty before pointing out that he felt the concerns raised had not been adequately addressed by the developers, particularly in relation to genuine fears that the development could exacerbate the flooding problems in the area.

“Local people are also disappointed by the lack of engagement undertaken by Bord na Móna in relation to the project and this is something that both Timmy Dooley and I will be raising with the company.

“It’s important that the concerns raised by the local community are taken on board and dealt with in a comprehensive manner.”

Meanwhile, the current Wind Energy Development Guidelines were published in 2006 and offer advice to planning authorities on the planning for wind turbines.

They do not, however, take into account developments that have taken place in the industry in recent years, Cllr Flaherty added.

“There are serious issues with the current wind energy guidelines,” he continued.

“They simply do not take on board many concerns that local communities have regarding proposals that have been put forward to build wind farms.

“The proposed Derryadd project is no different in this regard. The Government promised new guidelines to address these issues but no timeline has been given for their publication.

“The issue has been put on the backburner by Fine Gael.”

Cllr Flaherty went on to say that the situation had become “very serious” because the delay in publishing the new guidelines meant that communities across the country were “stuck” with the old ones for the foreseeable future.

“Wind farm development proposals will continue to be considered under guidelines which are obsolete and are no longer fit for purpose, especially in view of the height of some of the new turbines which was never contemplated by the original 2006 guidelines,” the general election candidate continued.

“The Government needs to get its act together and publish new guidelines.

“We cannot continue to have situations where windfarms are built in close proximity to people’s homes, schools and community centres.”