'People in this country are beaten down with all of the scandals', say two long serving Longford female politicians 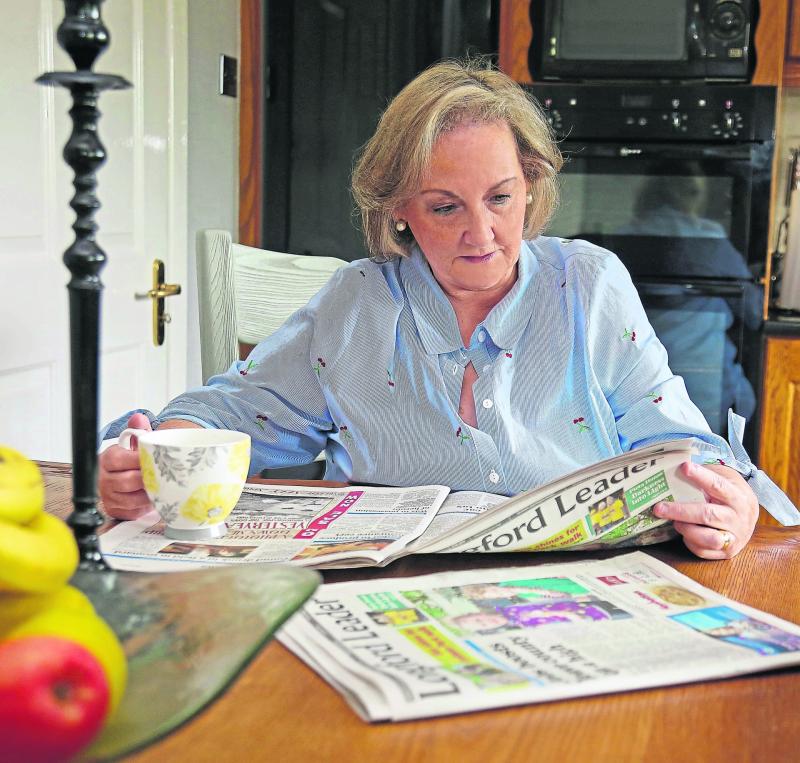 This week the HSE has confirmed that 207 out of the 209 women or their families identified as being directly negatively affected by the Cervical Check scandal have been contacted.

The issue was brought to a head last month when Vicky Phelan, whose cervical cancer is now terminal, settled a High Court action against the HSE and the US-based Clinical Pathology Laboratories (CPL) for €2.5m over incorrect smear test results from 2011.

Health Minister Simon Harris launched an inquiry into the matter, and the HSE’s Director General Tony O’Brien also stepped down last week. Cllr Peggy Nolan (FG) and Cllr Mae Sexton (Ind) say the time has come to speak out about the matter and ensure that a scandal of this scale never happens again.

Speaking from her home on Friday, Cllr Nolan also told the Leader that the HSE must be disbanded and replaced with a new and more efficient health body.

“When you listen to people like Vicky Phelan - a woman who is facing a death sentence through no fault of her own - she thought so much of her health that she went and had her cervical checks,” she said.

“She has a family, she was getting on with life and it is the State that let her down.

“The State failed her.”

ALSO READ: Longford Leader columnist Mattie Fox: We have not learned any lessons from our history of concealment

Cllr Sexton, meanwhile added that she was “outraged” by the fact that women have, yet again, been let down by a system that is meant to protect them.

“But now we have a system that instead chose to lie, cover up, deny and conceal to protect the Institution,” she fumed.

“We only have to painfully recall the other scandals, which have affected the women of this country so profoundly over the last decades including Magdalen Laundries; Thalidomide; Symphysiotomy; Hepatitis C and the unforgivable death bed intimidation of Mrs McCole; Tuam, Portiuncula and Portlaoise baby deaths, to name but a few.”

Cllr Nolan then went on to say that it was the courage shown by Ms Phelan that encouraged her to stand up now for the people and women that she represents.

“I cannot understand why this issue has not been broached at local county council level and, infact, as far as I know, it hasn’t been broached at any county council meeting in the country,” Cllr Nolan continued, before asking the fundamental question: “Does that mean because we are not legislators that we are giving away the opportunity and absolute privilege of speaking out on national issues that are impacting on local people?

"This is all going on at the top level with the HSE. None of this is the fault of local HSE workers, people providing services or even regional managers; the HSE is like a secret society,” she fumed.

“Another huge issue that underpins my concerns at local level is the fact that there are another two women taking cases against the HSE over wrong Cervical Check results.

“And, God only knows what else is going to come out of this scandal at national level, because every day there is more and more terrible news coming out.”

Cllr Sexton agreed with many of the points made by her colleague and added, “and now, here again, we witness Vicky Phelan, Emma Mhic Mhathuna and Stephen Teap - on behalf of his now deceased wife Irene - as the heartbreaking public faces representing at least 17 women we know have died”.

Cllr Sexton went on to say that more than 200 women could likely face the same fate, and as she put it, “pay the ultimate price”, because someone somewhere knowingly withheld diagnoses which could ultimately impact so profoundly on their lives and those of their families.

“Women make up more than half the population in this country, yet for generations we have disproportionately suffered at the hands of this system,” she continued.

“To add to that outrage, the use of coercion, bullying and intimidation has been the chosen route by the Institution to prevent disclosures.

“I believe that despite this tragic situation, women need to continue to attend for smear tests and government must fast-track the new screening system for the prevention and early detection of cancer by moving immediately towards the primary HPV testing which is being recommended by the Irish Cancer Society and HIQA.

“This has got to be the last scandal for women in this country.

“Mandatory disclosure has to be the way forward.

Meanwhile, Cllr Nolan says that, while she doesn’t know anyone locally impacted by the scandal, she has spoken to a lot of women in recent days who have become very concerned about the matter.

“I believe that Cervical Check can and will work but the labs, the skillset and all the other elements necessary need to, and must be provided for, in this country.

“Outsourcing this to a lab in America is not acceptable.

“And, why are they not listening?

“Because there is no recompense.”

Cllr Nolan says that HSE chiefs can do what they like and there is no one held responsible.

She added, “As far as I’m concerned, and because of my dealings and my engagement with the HSE over the past 19 years, it is clear to me that there is no transparency on issues of monetary accountability.

“Therefore the HSE has to be disbanded as it is not fit for purpose. It’s not protecting people. There is no integrity. And there is certainly no accountability whatsoever.”

Meanwhile, Cllr Nolan also points to Tony O’Brien’s resignation and while she admits that it was the right thing for him to do, his pension and salary entitlements in the aftermath should now be up for discussion.

“When you see the CEO of an organisation like Tony O’Brien who is responsible for the lives of 80 women that we know about, being allowed to sail off into the sunset with nothing to answer for, with full pension and huge bonus, that’s as big a scandal as what is happening to the women,” Cllr Nolan fumed.

“He couldn’t come up in front of any of the Oireachtas committees and provide the exact timeline or the exact sequence of events; he wasn’t on top of his brief - this scandal is going on since 2016; Vicky Phelan has been in trouble since 2016.

“Nobody listened to her - nobody cared.

“That woman should have been wrapped up in cotton wool, allowed to spend the rest of time with her family and been supported financially.

“But no, the HSE did not do that - instead they took her through the rigors of going into a court of law and fighting her battle.

“That’s more time the HSE took from that woman.

“The HSE is doing this all the time. Their redress board is outrageous.”

This year, across the water, the NHS in Britain celebrates its 70th birthday and the local area representative says that here in Ireland we could learn a lot from the way in which the public is handling the efforts to move the organisation forward.

“We know the NHS has its problems; yet, the public is totally behind it,” Cllr Nolan continued, before pointing to the fundraising efforts that were taking place.

“The public in Britain have started a health lottery because they know the Government is not funding the NHS properly and they know there is failings due to lack of funding, but those failings don’t seem to be anything like we have due to negligence.”

She adds that negligence and lack of funding are at the core of the HSE’s downfall.

“When you go through the health system in Ireland you gain an understanding of where the failings lie.

“The first person you meet is the GP - overworked and underpaid and not enough support given to them for the work they have to do.

“If you have a cataract in this country, you could be five years waiting to have that removed.

“During that time you have impaired vision and your whole quality of life is impacted upon and all of that for what is now one of the most simplest operations ever.

“That is outrageous and it wouldn’t happen in any other European country.

“And, nobody cares in Ireland. People in this country are beaten down with all of the scandals.

“Where does it end?

“Actually where does it start?”