Longford Leader columnist Mattie Fox: We have not learned any lessons from our history of concealment 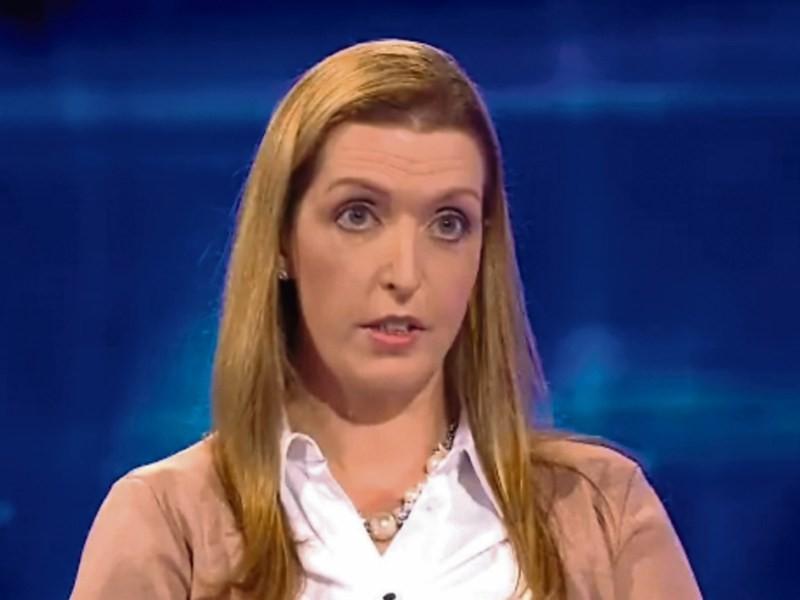 In 1994 Ireland received shocking news when it emerged that a Donegal mother of 12 children was dragged through the courts by solicitors acting on instructions from the state. Brigid McCole was treated terribly by those in power at the time.

Michael Noonan was implicated in that decision.

He was man enough to express his regret for not interfering after it was over, but Mrs McCole was then deceased.

The Health Service spent many hundreds of thousands barracking Mrs McCole, a dying woman of 52 years of age. Mrs McCole was among the numerous women who died from being infected by the anti-d blood product given close to childbirth.

You’d be led to believe Ireland should have learned a lesson.

That was a truly sad, sorry, and incredible thing to learn.

But Ireland has a history in this regard, which goes on, right to this day. The history of concealment.

When will Ireland as a nation, stand up, and make our voices heard?

We have reached far beyond crisis point in our health service.

We now belong to a whole new strata of concealment.

€500 million spent by the State solicitors, contesting cases which, in most cases we know of, were lost.

Payments of €333 million paid out in maternity cases alone in the past decade. Millions were paid out in other areas.

In 2017 alone the cost to the state of medical negligence cases was €248.88 million. Incredible, and bewildering.

An allegation by the State’s most senior civil servant has stated that the Government knew “months ago” of claims by women as a result of smear test errors.

On Thursday last the Secretary General of the Dept of the Taoiseach told the Public Accounts Committee that two lists of sensitive cases involving the State Claims Agency were sent to the Government every three months.

Briefing notes delivered once every three months to Government by the State Solicitors that, seemingly, were never read.

We’re told neither the Taoiseach, nor the Minister for Health, nor the Tanaiste were made aware of the cervical screening scandal.

A report commissioned in January 2015, looking at the period 2008 - 2014, examining the delivery and neonatal care of 18 babies, at Portiuncula Hospital, Galway, found serious failings of care in half those cases. Does this mean that the Minister for Health has never complained about lack of information?

This fact is only now becoming public.

In the period that was reviewed in Portiuncula, two directors of nursing, and one assistant director did not have midwifery qualifications at all. Moreover, drugs to aid in labour were improperly administered.

Resulting in six of the births being stillborn, or the death of the baby soon after being born.

Of the baby’s who survived, six had life long disability.

The main failings identified in the report were lack of available senior staff, particularly at evenings and weekends, and a lack of training in midwifery.

Several times, again out of hours and at weekends, no obstetric consultant or clinical midwifery manager was available to assist in the births.

One of the fathers, whose wife lost two children in 2010 - 2014 recounted a most tragic circumstance.

Warren Reilly’s wife Lorraine, was admitted to the Portiuncula as a “high risk” case. Her daughter Amber was delivered, by C section, with the umbilical cord tied around her neck.

Amber was transferred to the National Maternity Hospital, but died six days later.

Warren recounted “We were told this is an unfortunate incident, that these things simply didn’t happen and that it was the only case in the hospital.”

However “we’ve learned from talking with other families that they were told exactly the same thing.”

The Health Service, it appears, don’t tell the Government- or do they? - in many cases that should immediately be accorded red flag status. If they don’t, then it’s another scandal in itself, and if they do, the Government are culpable.

Tony O’Brien is still in position, and still in line for a pension.

Interestingly, a recent interview by a Fine Gael politician was punctuated by one slip when he said, in answer to Sean O’Rourke, that the head of the Health Service should not be sacked because all of the facts weren’t known yet (??!) and “it would be a precedent”....

Indeed it would be a precedent, to see someone sacked for failing in their job.

We’re in an incredible state.

The Taoiseach is shocked, Minister for Health Simon Harris is shocked.

To even discuss Tony O’Brien being sacked is incredible in itself.

Of course he should be sacked, as he’s overseen the greatest national scandal that’s ever to hit this country.

That is some achievement.

What’s the point in appointing HSE executives, if they’re not to be trusted?

Information must be given, without delay, to the women involved.

Until that broadcast, attracting hundreds of women calling, the Government failed to live up to what they were telling the public.

Incredible to tell people one thing, yet not do anything about making it available until there’s another story breaking?

The Government are not leading in this entire scandal.

Nobody should be surprised. At a time when Irish nurses are poorly paid, have terrible working conditions, and most of the younger ones are emigrating for better conditions and pay The Government keep telling us that “it’s not money that the Health Service needs”.

Who do they think they’re talking to?

Yes, the issue of consultants, contributes greatly to some Health Service problems, but consultants have nothing to do with nurses pay and conditions.

Then the State Solicitor’s office should be made reveal all that they currently know....and on and on and on.....

The entire saga makes any thinking person wonder about other areas of the Health Service, which reek of high rank high wages and low moral standards.

When will someone be made pay, by being sacked.

We despair in helpless loneliness.

Being angry doesn’t make one jot of difference.

No Government cares, the policy of concealment, resulting in the State Solicitors vigorously and unrelentingly defending allegations known to be true, has been going on for a lifetime.

Will it ever end?