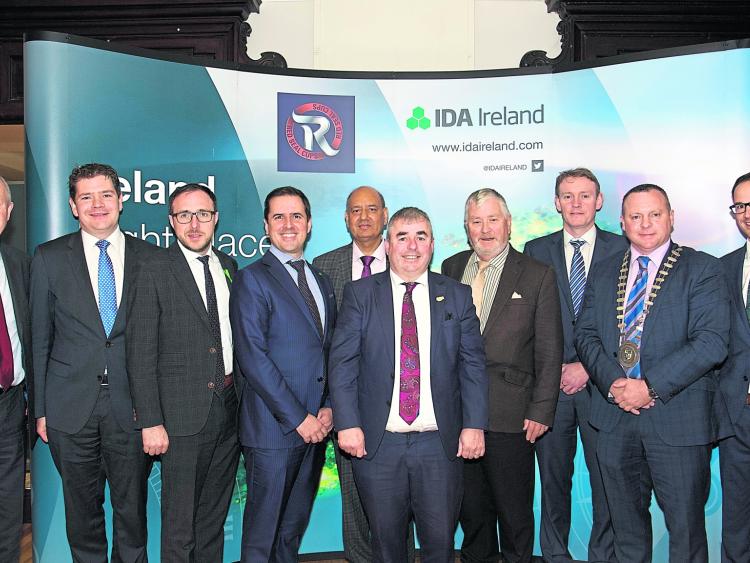 Another week and another jobs announcement.

This time, it was the turn of Indian packaging manufacturer Leetha Industries as it laid bare its plans to create more than 100 jobs over the next three years with the establishment of a manufacturing and supply operation in Longford town.

Their chosen location, as first revealed by this newspaper 11 months ago, was the 200,000 sq ft facility formerly occupied by gas and oil devices manufacturer, Cameron.

At a specially convened event on Monday at the Longford Arms Hotel, senior bosses vowed to have the vast bulk of positions filled and production assembly lines running within the space of three months.

The venture, it was revealed, will see the company partner with Food Containers Manufacturing UK to establish a facility called Red Seal Cups to produce Leetha’s patented range of heat resistant packaging solutions for the UK and European marketplace.

"The jobs being created will be a great boost for the local economy and create new opportunities for the community here in Longford,” he said.

Bob Mann, CEO of Red Seal Cups paid tribute to all those who helped fashion his firm's expansion into Longford while IDA chief executive Martin Shanahan insisted the project would “breathe new life” into a facility which less than 18 months earlier had closed down with the loss of 170 jobs.

Longford County Council Cathaoirleach Cllr Martin Mulleady, just as he had done at the Avery/Finesse announcement, was keen to talk up the merits of a county that he contended was starting to believe in itself again.

“This is another great news story for Longford," he remarked.

“We are on a high in Longford and the company (Leetha) that's coming into Longford has put us on that high."