Uproar in Longford over DIY debris found dumped in ditch 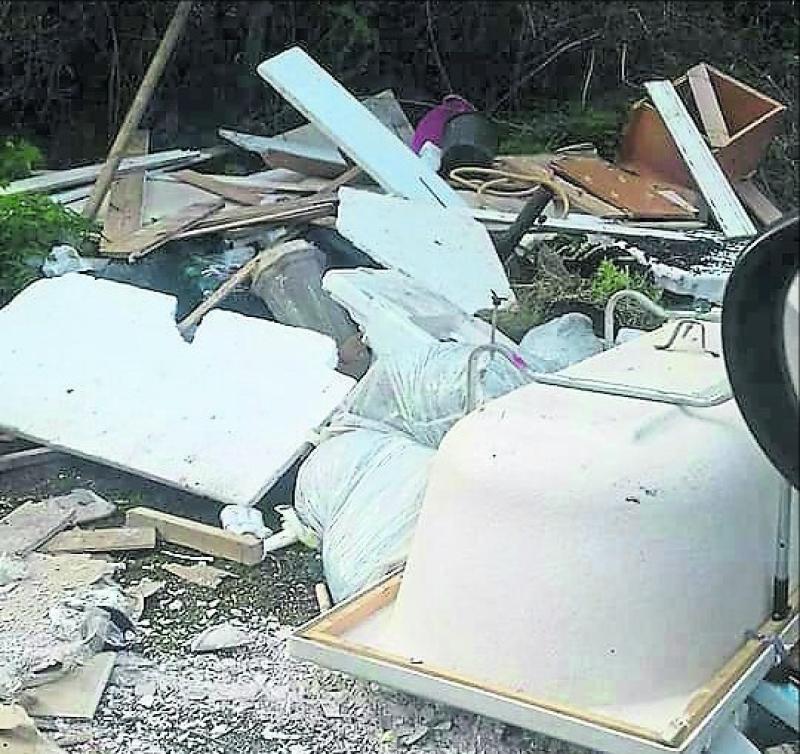 Some of the material that was dumped at Ferefad

The issue of illegal dumping across the county has reared its ugly head again this week after the contents of a refurbished house were dumped along the side of the road at Ferefad just outside Longford town last weekend.

Cllr Gerry Warnock (Ind) was the first to highlight the issue and said the time had come to deal with the perpetrators of illegal dumping by way of criminal conviction and a fine.

The local area representative in Longford town took to Facebook to voice his “disgust” over the issue, which he added; “is becoming very serious in Co Longford now”.

Speaking to the Leader this week, Cllr Warnock also said that he believed that those who dumped their rubbish out in the countryside, while among a select few, were in fact doing it “over and over again”.

“Basically what happened out in Ferefad was that somebody was doing some DIY and then went and fired everything into the ditch - it is absolutely disgusting behaviour,” Cllr Warnock fumed, before pointing out that there was an onus now on local authorities to use CCTV in the fight against illegal dumping.

“People are talking a lot now about installing CCTV at dumping hotspots and Longford Co Council has secured €28,000 in funding for this; we would be hoping to have cameras in Ferefad and out in Corlea as well.”

He went on to say that, while cameras can act as a deterrent in the fight against illegal dumping, it was imperative that the issue was dealt with appropriately within the legal system.

The cost to Longford Co Council to clean up after dumpers is close to €1.6m annually, he says, and this is “totally unacceptable”.

“At the moment, the cost to the local authority here in Longford to clean up and deal with dumping effectively is €1.6m annually,” said Cllr Warnock.

“A lot of the stuff that is dumped includes white goods and these can be brought to recycling points; there is absolutely no need to dump these in a field out in the countryside.

“Really there has to be consequences for this type of behaviour.”