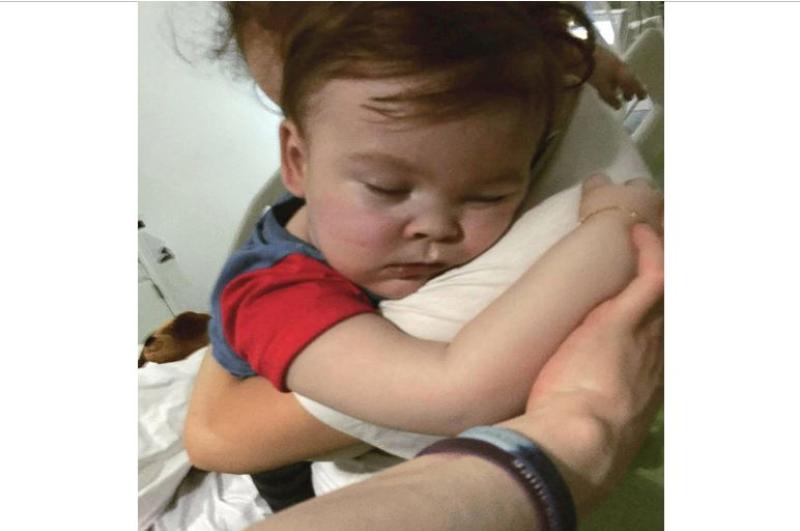 Alfie Evans having a cuddle with his mother.

Longford supporters of Alfie Evans will be gathering in front of St Mel's Cathedral today (Friday, April 27) to send a message of support to the little boy's parents.

Toddler, Alfie, has been in a semi-vegetative state for the past year. Court proceedings began in December, where Alder Hey Children's Hospital defended its position that continued life-support treatment would not be in the child's best interests.

Desperate to keep their child alive, Alfie's parents, Thomas Evans and Kate James decided to fight for the right to fly him to Italy for treatment.

Life support for Alfie was switched off on Monday evening, despite his parents' appeals to keep it switched on. Alfie, however, has been breathing unassisted since Monday and his parents are now hoping to bring the little boy home.

The touching story has drawn the attention of the globe, with activists groups from all over the world expressing their support for Alfie and his parents.

"People empathise a lot and I think that they need an outlet where they can show their support," explained local political activist Hazel Robinson, who is involved in the organisation of tomorrow's gathering.

"We'll be meeting outside St Mel's Cathedral at 6pm and we'll be recording a video message and sending it to Alfie's parents. We're hoping we'll get a good crowd to really hit home."

Hazel herself is no stranger to fighting for a child's healthcare. Her own teenage daughter Gypsy Ann suffers from Cystic Fibrosis, and Ms Robinson campaigned hard to get the government to make the life-changing drug Orkambi available in Ireland. Fortunately, Orkambi was made available to cystic fibrosis sufferers last year.

"I know as a mam how far I'd push for my child to stay alive," said Ms Robinson.

"These parents should be allowed to make the choice to bring their child to Rome. It will be good for our community to have an outlet to show their support. This little boy has turned the world upside down and pulled on all our heart strings, so we're doing what we can from our little town."

The gathering will take place outside St Mel's Cathedral on Friday April 27, at 6pm. Supporters are welcome to bring their own banners and signs, but Ms Robinson encourages everyone to bring blue balloons.