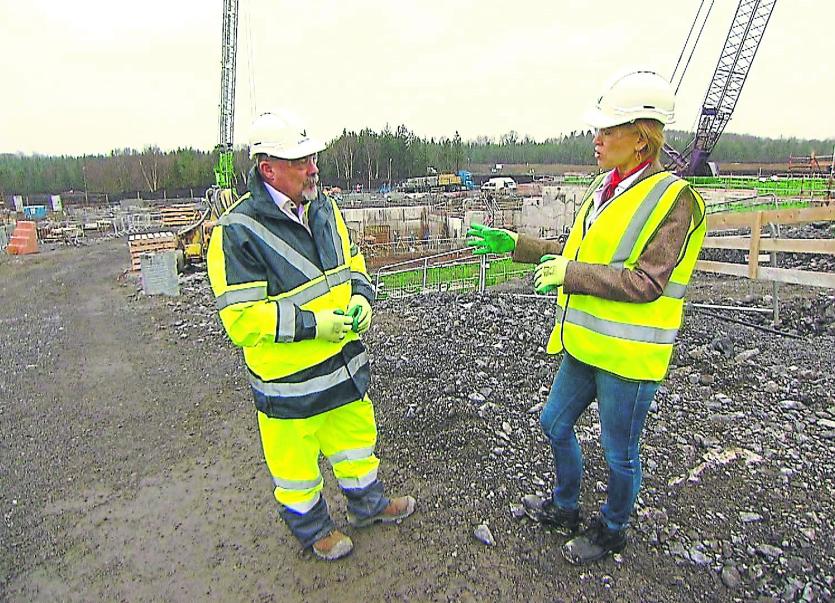 Longford enjoyed some time in the national spotlight on Monday night as Nationwide presenters Anne Cassin, Donal Byrne and Niall Martin explored the beauty of Ballymahon, Granard and Ardagh respectively.

There was certainly a lot of history shared in Ardagh and Granard, but the main focus of Monday night's programme was on the beautiful south Longford town of Ballymahon, where construction is underway at the huge Center Parcs site.

CEO Martin Dalby told Ms Cassin that this number will increase to 750 in the summer, and there will be a thousand jobs when the park opens.

“A lot of those jobs are going to be for young people - people under the age of 25,” Mr Dalby explained.

“And secondly for local people. Probably about 70 or 80 of those people will live in the Longford or Athlone area.”

When complete, Center Parcs will feature the biggest water park in Ireland, and will have approximately 466 lodges for guests, according to CEO Martin Dalby, who added that the whole park will be traffic-free, with people getting around on foot or by bike.

“That makes it a tranquil place - a very saft place, particularly for young children,” he said.

Following her visit to Center Parcs, Ms Cassin took a stroll through the town of Ballymahon itself, where she met local auctioneer, Jackie White, who talked her through the growth that Ballymahon has enjoyed since Center Parcs was announced on April 1, 2016.

“Initially, a lot of people thought it was a joke,” said Ms White, referring to April Fool's Day.

“When the realisation started to set in, we had a huge amount of people inquiring about property.

“Property prices were probably half of what they are now, so anyone who purchased in the six to eight months after the announcement got grat value for money.”

And, she added, the construction of the site has given the town a huge boost, with new businesses opening up and morale increasing at the prospect of new jobs, and new business coming into the town.

You can catch Monday's episode of Nationwide on the RTÉ Player: rte.ie/player.

In Case You Missed It....Check out the superb Nationwide programme as it visited Longford