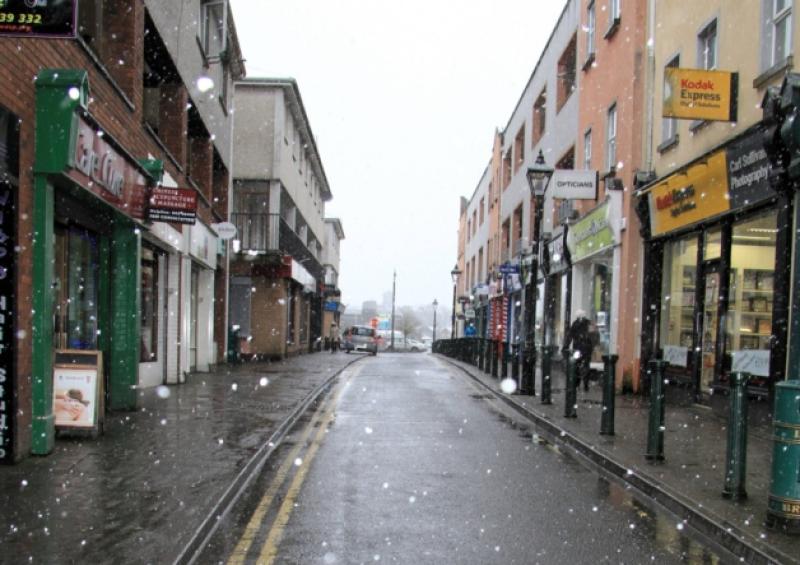 Grafton Court is one of Longford town's busiest pedestrian walkways

One of Longford town’s busiest pedestrian walkways will finally have traffic ramps installed after several years of local political campaigning.

Grafton Court, the main connection point linking Main Street to Longford Shopping Centre, has routinely come in for concern over both the speed and volume of traffic which avail of its passageway on a daily basis.

The persistent representations of local politicians to bring about a resolution to the issue had been delayed, in part, due to noise pollution concerns.

“I can assure you there is more noise coming from the flats overhead,” Cllr Seamus Butler said at a previous meeting when fears over noise were debated.

“This (issue) has been going on for two years and it's (area) crying out for it.

“If we (Council) can put them (ramps) in Teffia (Park) and Grian Ard, then let's bloody well put them in in Grafton Court.”

Now, council officials have given the go-ahead to the move after revealing the news on its website last week.

Cllr Gerry Warnock said the project was part of the council’s wider regeneration drive for the Grafton Court and Tesco car park area.

"This has been a long burning issue for traders and shoppers in the area who quite correctly had safety concerns regarding the speed of traffic accessing the area from Main Street.

"We discussed pedestrianising the area but through consultation with the traders it was felt that this would not be in their economic interests,” he said.

Project Ireland 2040: A victory for Longford as the county dodges a bullet - Cllr Gerry Warnock

Cllr Warnock said the works set out will provide for a Low Cost Safety Scheme aimed at introducing a pedestrian crossing, new energy efficient LED Lighting, footpath replacement and Resurfacing as well as the remarking and landscaping of Tesco Carpark.

“We have identified the required funding and plans are at an advanced stage,” he said.

“We feel that these works will lift the aesthetics of what is a key shopping area in Longford Town whilst addressing the public safety concerns.

“It’s another example of the ambition that all of the (Longford Municipal District) members have to improve the customer experience in our county town and assist local commerce.”