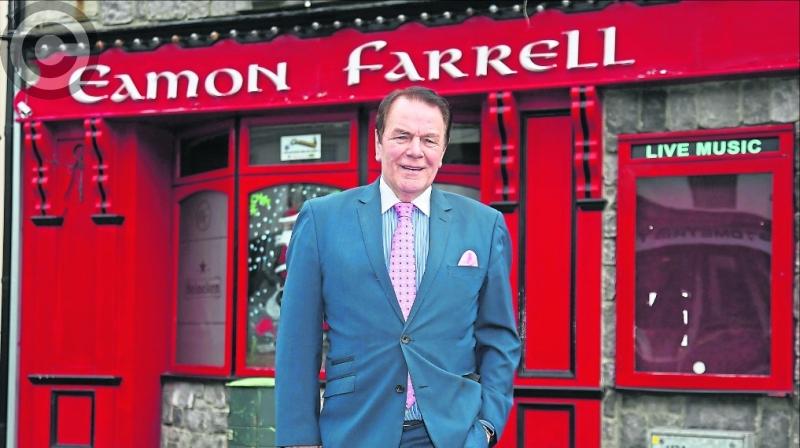 Eamon Farrell’s Town & Country Bar closed it doors for the last time late last year and was sold in December.

Eamon ran the pub for 43 years and when he started out first, there was 43 public houses in Longford town.

And while the number of pubs has declined substantially in the intervening years, Eamon’s reasons for shutting up shop was because the business simply wasn’t there any longer to keep the premises open.

“It’s hard work running a bar these days,” he told the Leader.

“In fact midweek is a disaster, but business is good at the weekend.”

Meanwhile, as the old song says, ‘the times they are a changin’’ and faced with this fact, Eamon decided before Christmas to get out of the bar trade altogether and he placed his much loved bar on the market.

“I made the decision to sell before Christmas and there was a lot of interest to be honest,” he smiled, before pointing out that a sale finally went through in January.

“At the moment I feel fantastic and I would never go into the bar business again.”

Over the years the bar hosted such luminaries as the Dubliners and at least three thousand people claim to have been in the bar the night that Hollywood star and Longford son, Will Ferrell, visited the famed hostelry.

“I had great time in the Town & Country; people came to the pub from every county in Ireland over the years and I truly had great times,” he recalled.