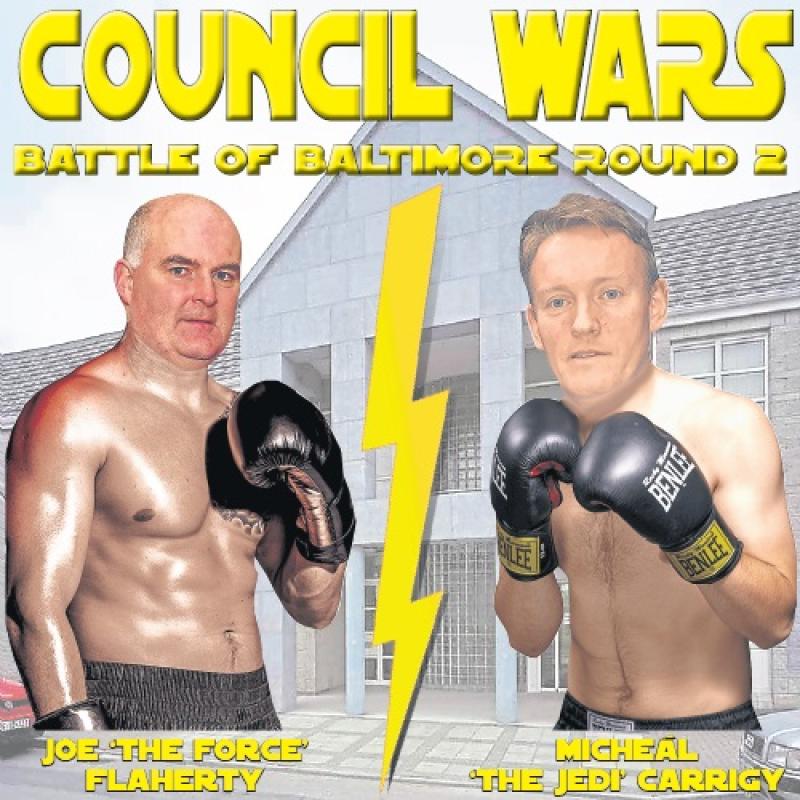 A row, concerning whether Longford should be twinned with the US city of Baltimore, between two local politicians who are vying to become Longford's next TD shows no sign of abating.

The pair had clashed previously when Cllr Carrigy raised the prospect of the county harnessing closer ties with Maryland's largest independent city.

At its March monthly meeting, Cllr Carrigy said there was merit in exploring a potential twinning arrangement with Baltimore, owing largely to its mutual affiliation with the English politician and coloniser George Calvert.

It was a view which was reported in the Leader the following week after its suggestion came in for criticism from Cllr Flaherty.

Cllr Flaherty said Baltimore was “way off the mark” in meeting the high standards set by a county looking to strengthen its economic and social capacity, comments which Cllr Carrigy roundly condemned last week.

There were negative comments made here which were carried in the media,” he said, claiming the remarks made by Cllr Flaherty were both “damaging” and “overly negative”.

He said: “The whole idea and whole plan was to try and create that link and basically try and bring people into Longford.

“There is over one million US visitors that visited Ireland in 2017 and there is an average of 20,000 which came from that State of Maryland.

“We (Longford) are the only county that has a direct link with a State flag or any city in America.

“ It (comments) sent out a very negative signal to American people, saying that basically they weren’t welcome.”

The Ballinalee postmaster who is Fine Gael's general election candidate for Longford, claimed he had also been contacted by several constituents who were equally disapproving of Cllr Flaherty's stance.

He added the sentiments espoused by his general election adversary had also undermined the attempts of Longford Tourism Committee, of which Cllr Carrigy is chairperson of, to further Longford's fiscal well being.

“We (Tourism Committee) have been putting together various feasibility studies to various investors to try and get a hotel etc into Longford and I think it’s very damaging when we actually rule out the possibility of trying to attract in things like this,” he continued.

“Any opportunities we have to bring people into Longford and for them to spend money in Longford to benefit the businesses of Longford, I think, should be welcomed.”

The strident tone of those assertions prompted Cathaoirleach Cllr Martin Mulleady to intervene.

He agreed with Cllr Carrigy's call for Longford to remain open to the possibility of further twinning ties, but said whatever comments were made did not reflect those of the Council and its overall assessment of Baltimore.

Cllr Flaherty, who had, until that point, looked on dispassionately throughout, launched a thinly veiled swipe at his party colleague, insisting he was “well able to answer” for himself.

Cllr Flaherty stressed that while he was very much receptive to Longford fostering friendship and understanding with foreign partners, calls for Baltimore to be part of those plans were concerning.

“I have no problem with being twinned with any city in America,” he snapped back at Cllr Carrigy.

“We already have twinning relations with a number of cities. I have an issue, though, with Baltimore which is one of the most racially and socially divided cities in America.”

The 25-year-old sustained a fatal injury while in police custody in April 2015, an event which triggered a fresh wave of protests over US police tactics.

“For the last number of years, it is the city with the second highest murder rate (in America),” contended Cllr Flaherty.

“We should not twin with a city that is ridden with the race and socially divisive issues that Baltimore is experiencing. “We (Longfrd) are trying to be a modern, inclusive and all embracing county.

Whether Longford does or not, it's a debate which certainly appears to have got the political juices flowing between the two men aiming to fly the Longford flag in the 33rd Dail.

All we need now is a general election to put those opposing credentials to the test.