'Look after people that are under pressure' 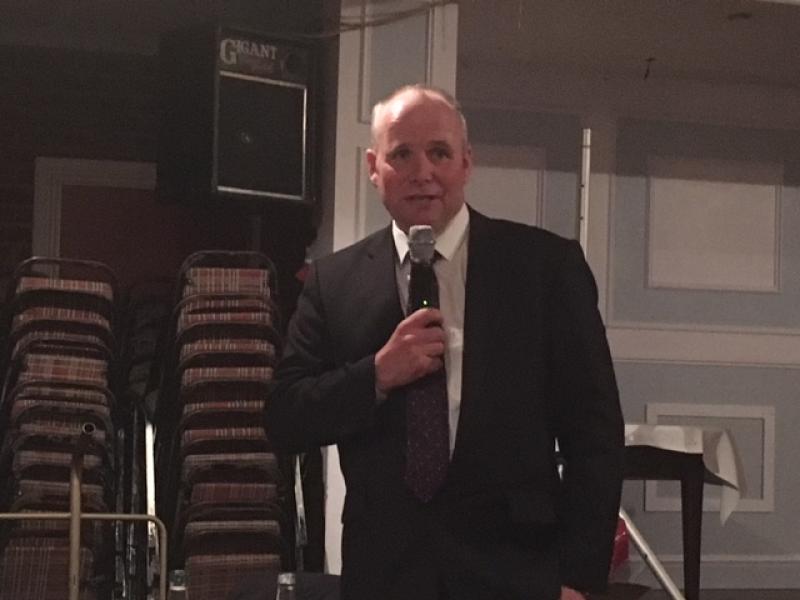 “If anyone is short of fodder or needs fodder, then fodder can be got,” Séan Dennehy,  IFA National Sheep Committee Chairman told members of Longford Lamb Producers Group earlier tonight.

The newly elected sheep chairman also informed the large gathering at the Rustic Inn, Abbeyshrule, that while the fodder crisis was not as bad on sheep farms as it was on cattle farms, it was necessary, nonetheless, that a clear message went out from tonight’s meeting that no farmer would be found wanting.

“If you are short of fodder, we can get fodder for you and there is no need for farmers to be short of fodder either,” Mr Dennehy continued, before pointing out that the Department of Agriculture, Food and the Marine was currently working to address the matter and IFA was committed to providing farmers “who are in dire straits” with supplies.

Mr Dennehy also pointed to importance of farmers rallying together and helping each other out during the current difficulties.

“Look after people that are under pressure,” he added.

“Give them a helping hand; let them know they are not alone, and that there are others in the same situation; give them that bit of help.”

Meanwhile, it was a good year for Longford Lamb Producers Group which now has the full support of IFA and Kepak.

Supplies into the local meat plant are on the increase and locally prices are good, chairman Joe Estler told members this evening.

For more details from the meeting and lots of photos, check out next week’s Longford Leader, on sale Wednesday!