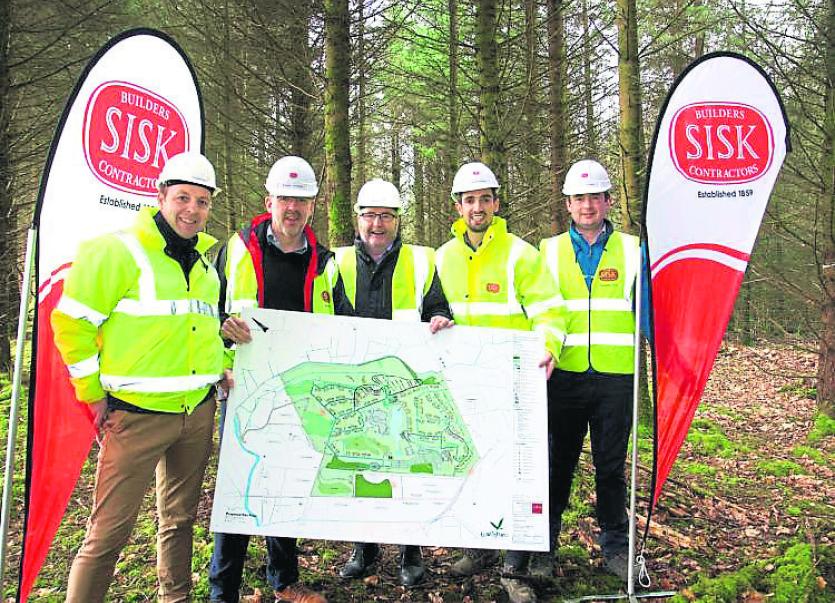 Limavady based manufacturing firm, FastHouse, has been awarded a major contract for the manufacture and installation of 470 holiday lodges at the eagerly-awaited Center Parcs Longford Forest in Ballymahon.

FastHouse’s Installation Teams have already commenced work on the 10-month build programme at the 400-acre Center Parcs Longford Forest site in Ballymahon. It is set to open in 2019.

It was awarded the deal by Ireland’s largest building company, John Sisk & Son, which is the main contractor of the €233m project.

Sisk will oversee the construction of the lodges, 30 apartments and the state-of-the-art centre buildings (including the iconic Center Parcs Subtropical Swimming Paradise, restaurants, bars and shops).

Stephen Bell, Managing Director of FastHouse, said the company was delighted to have this opportunity to be part of the construction of the first Center Parcs in Ireland.

“This is an exciting project to be part of and marks FastHouse’s first major step into the Irish market,” he added.

“We have already completed numerous housing projects throughout Northern Ireland and England over the past 15 months and Ireland will now be a core market for the Company across our modular housing and leisure lodge products.”

FastHouse’s rapid build system means it can construct a set of semi-detached homes to weathertight stage in just two days.

Brian Kennedy, Sisk Project Director, added: “Following a detailed procurement process Sisk are delighted to award the timber frame package to Fast House. We are looking forward to working together to deliver this exciting project.”

The contract win represents the culmination of a very successful 12 months for FastHouse.

In March 2017, the company completed its first high profile project – the manufacture and installation of 14 holiday lodges at the award-winning Killyhevlin Lakeside Hotel & Spa in Enniskillen.

Following that its production lines were utilised for a number of Northern Ireland and UK house-building contracts. Such has been the growth of the company, it has installed its third production line leading to a further recruitment drive to coincide with the introduction of a second manufacturing shift.

By April the business will hire 30 additional staff to bolster its current team of 60.