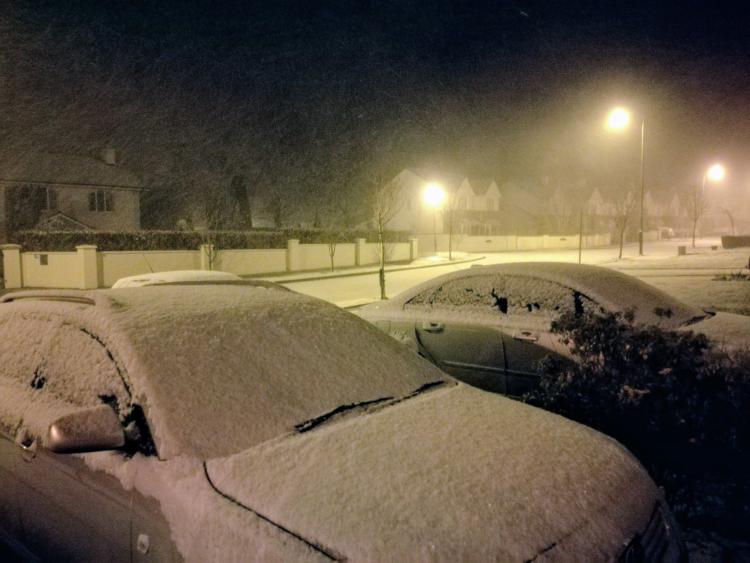 AA Roadwatch has tonight warned Longford motorists to slow down and take care as snow is falling.

❄️️Snowy conditions have been reported on routes in several counties including Carlow, Kildare, Longford, Monaghan, Wicklow and Waterford. Slow down and take care in poor conditions. ️❄️

See https://t.co/PSzIBsvOzE for the latest updates during the Bank Holiday Weekend pic.twitter.com/IyN1349rX1

In its latest tweet issued at 10pm on Saturday the forecaster warned of 'significant accumulations' of snow on Saturday night into Sunday morning.

Cold & windy overnight with snow showers in the east continuing to spread across the country. Significant accumulations of snow are likely through Leinster & east-Ulster but snow-showers will be well scattered elsewhere. Lows -1 to -4C with severe frosts. Blustery Easterly winds pic.twitter.com/uTNMwa1dWs

Snow is expected in Dublin and other Leinster coastal counties but appears to spread to Laois and Kildare. It is likely to become 'widespread' during daylight hours on Sunday.

Status Orange & Yellow weather warnings for snow and ice are place. The forecaster says it will be a cold and windy overnight with snow showers in the east continuing to spread across the country.

"Significant accumulations of snow are likely through Leinster and east-Ulster but snow-showers will be well scattered elsewhere," says the forecaster.

Temperatures will dip to -1 to -4C with severe frosts with blustery easterly winds continuing.

In her forecast on RTÉ Met Éireann forecaster Jean Byrne warned that the snow would be be followed by bitterly cold weather through Bank Holiday Monday.

She said the snow would spread inland and become widespread on Sunday but not to the west of Ireland. It is unlikely to clear until evening.

Also Read: Strong chance of snow in Longford this weekend