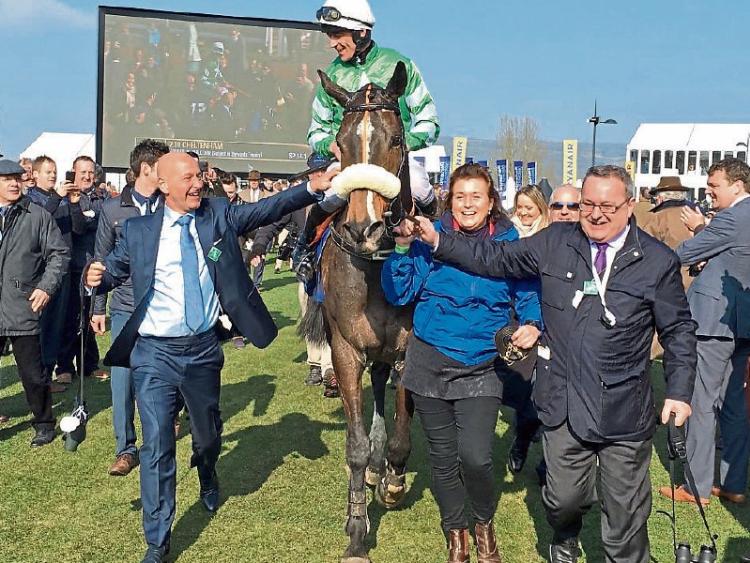 Philip Reynolds' all conquering stable star Presenting Percy has been installed as the ante-post favourite for next year's Gold Cup.

The Pat Kelly trained seven-year-old demolished his rivals to claim the RSA Insurance Novices' Chase in style at Cheltenham this afternoon.

That victory followed a similarly impressive performance when coming out on top in the Pertemps Final 12 months earlier.

Bookmakers have been quick to take note and have already slapped a 10/1 price on Mr Reynolds' leading light ahead of next year's Gold Cup-National Hunt Racing's blue-riband event.

"The man is an absolute genius the way he trains horses," he said.

"I can't believe it myself. It was so stressful watching it. It's more relief than anything else.

"I love this horse."