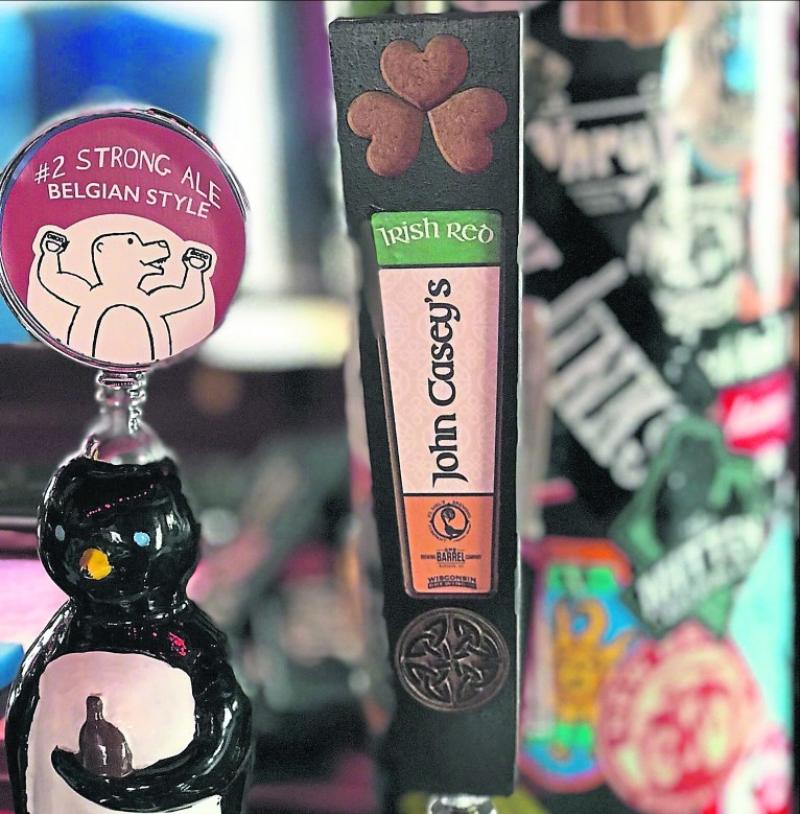 St Patrick’s Day revellers in the USA will get the opportunity to toast Longford craft following the first ever collaboration between an Irish craft brewery and American craft breweries.

Highly successful local craft brewers, St Mel’s Brewing, which is headed up by Eoin Tynan and Liam Hanlon, have teamed up with the Wisconsin Brewing Co and One Barrel Brewing Company to develop a new beer called ‘John Casey’s Irish Red’.

The new international collaboration beer, which possesses a mild hop bittering, notes of caramel and toffee, and an amber hue, was launched last Thursday, March 8 across the entire state of Wisconsin just in time for St Patrick’s Day.

Aughnacliffe native John Campbell, who is Vice-President of Imports, Crafts and Specialty Brands with Wisconsin Distributors, told the ‘Leader’ he is particularly excited about the ‘John Casey’s Irish Red’ collaboration.

Employed with Wisconsin Distributors since 2005, John explained that he met up with Eoin and Liam in Longford when he was home last Christmas and they discussed the possibility of a collaboration with two of the Wisconsin breweries he works with.

Son of Sean and Margo Campbell, who own Campbell’s Butchers Shop in Aughnacliffe, John continued, “In January we had a few conference calls as a group developing the recipe and concept of the brand.

"Kirby from Wisconsin Brewing and Peter from One Barrel Brewing did a live brew day with Liam and Eoin via Skype on February 8 and the beer was launched last week.”

Wisconsin Distributors services over 5,000 bars, restaurants and Off-licenses across thirty counties in Wisconsin, covering a population of 3.5 million people with a variety of brands from Europe, Asia and USA.