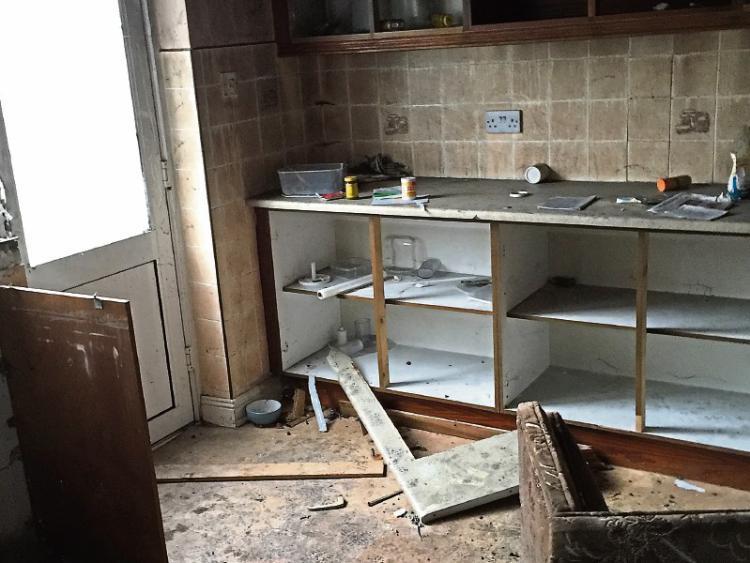 Following a brief discussion on local authority housing during last week’s meeting of Longford Co Council, Cllr Paraic Brady (FG) said the time had come to deal appropriately with tenants who destroyed properties and left them in “appalling condition”.

His comments came following Cllr Gerry Warnock’s contribution to proceedings when he told those gathered that a “very constructive” Strategic Policy Committee (SPC) meeting on housing had taken place the previous day.

“Basically, I have seen first hand the condition that some of the houses are in when they are handed back to the local authority here and it’s not good,” added Cllr Brady.

Cllr Brady went on to say that he had seen properties where the skirting board had been cut off and burned; doors cut down and burned; windows broken and kitchens dismantled and destroyed.

“It is outrageous,” he exclaimed.

“Holes have been broken into walls, plumbing has pulled out, even the wiring has been pulled out of some houses.

“Then the local authority has to come along and recertify wiring, recertify plumbing - you are talking about a refit, even a rebuild in some cases, and all at a cost of thousands upon thousands of euros.

“I appreciate that we have a homeless problem in Ireland, at the moment, but some people, when it’s not their own seem to take advantage of that.

“It’s not fair on the genuine people on our housing lists that are looking for houses.”

Cllr Brady went on to say that the people who were “wrecking” houses were subsequently moving on the other local authority areas and putting their names forward for new accommodation.

“In some cases, the people who wreck houses are serial offenders, and honestly the state that some houses have been left in, in Longford town, is totally unacceptable.

“To be fair about it, we have to stamp out this carry on; the people that are doing all this damage cannot be allowed to get another house.”

The local area representative in Drumlish also pointed to the numerous ‘good tenants’ in the county.

“We have lots of local authority tenants who are looking after their houses, but the problem arises where there is criminal damage done to local authority houses,” he fumed.

“Then, the council are expected to come out and either rehome the tenants or refit the entire property, and it is just not on.

“We are not there to fix up houses after they are vandalised, and I think going forward these people should be brought to the courts and charged for criminal damage done to local authority houses; that might put a stop to it once and for all.”