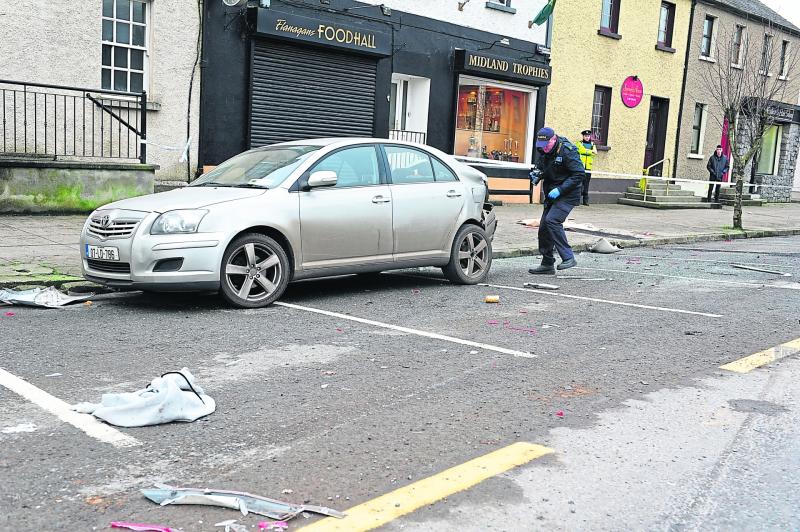 Two men charged in connection with a with the attempted murder of a 44-year-old man in Ballymahon in Co Longford last week are to reappear in court tomorrow (Thursday).

Eoin Stokes (37) and Thomas Stokes (30), both with addresses in the UK, initially appeared in a Newry court last Thursday.

The pair were charged with the attempted murder of Michael Stokes on January 30.
Following their brief appearance, both men were remanded in custody to Maghaberry Prison and are due back in court tomorrow (Thursday).

Four other men, who were arrested by the PSNI, in a follow-up search, were released on police bail subject to a number of conditions.

They are scheduled to appear again on May 1.

The alleged victim, 44-year-old Mr Stokes is still recuperating from injuries sustained in the attack.
He has since undergone two operations as medics last week attempted to stabilise his condition.

Mr Stokes is believed to have been travelling in a cream coloured Mitsubishi jeep when he was forced off the road before being assaulted in the south Longford town.

In the meantime, garda chiefs have issued a public 'thank you' message to the wider community for their part in aiding last week's investigation.

Supt Jim Delaney expressed his gratitude on foot of the co-operation and positive response he and his team of officers had received from the Longford public in the immediate aftermath of last Tuesday's incident.

Supt Delaney said he wished to pass on his gratitude to all those who had assisted gardaí with their investigations to date.