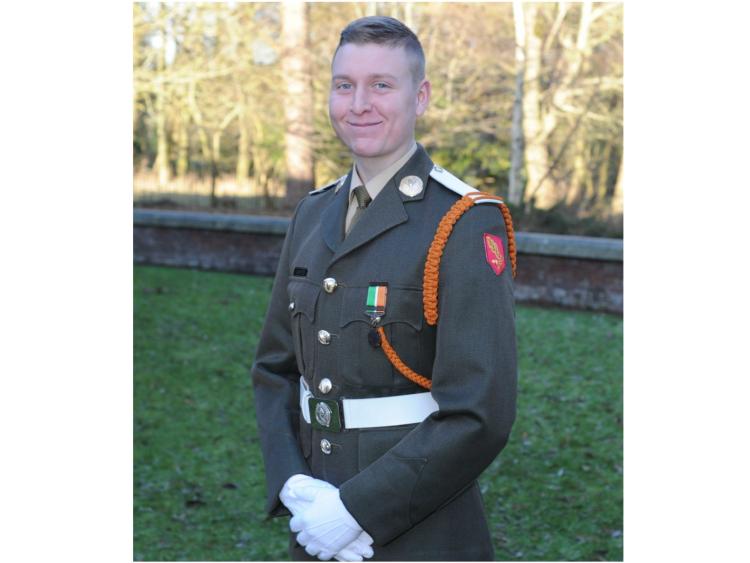 A former student of Ballymahon Vocational School, James was one of two new officers to join the Army Equitation School, alongside 2nd Lt Adam Benson Byrne from Wicklow.

During his time at Ballymahon VS, James was part of a team from the school that competed at Hickstead in 2012.

This is the largest number of new officers to be commissioned together in the history of the state and, on induction, was the largest ever single intake of cadets. When the 93rd Cadet Class joined the Defence Forces in September 2016 it included all Army, Air Corps, Naval Service & Maltese cadets giving the class a total strength of 106.

The 78 cadets have successfully completed a 15 month cadetship, preparing them to take up appointments as junior leaders throughout the Army, Air Corps and the Armed Forces of Malta.

The class is comprised of 8 officers who previously served in the Defence Forces as enlisted personnel and 31 university graduates with a range of qualifications including law, history, Animal Science, Multimedia Studies, Music Composition and English Literature. A further 17 officers were in third level education prior to joining the Defence Forces.

In receiving this Presidential Commission, the new officers will take an oath of allegiance in which they will swear to be “faithful to Ireland and loyal to the Constitution”. The Maltese Cadets will receive a certificate of graduation.

'Better Together': RISN reaches out to Longford survivors of institutional abuse