Another sheep attack as IFA plead for responsible dog ownership 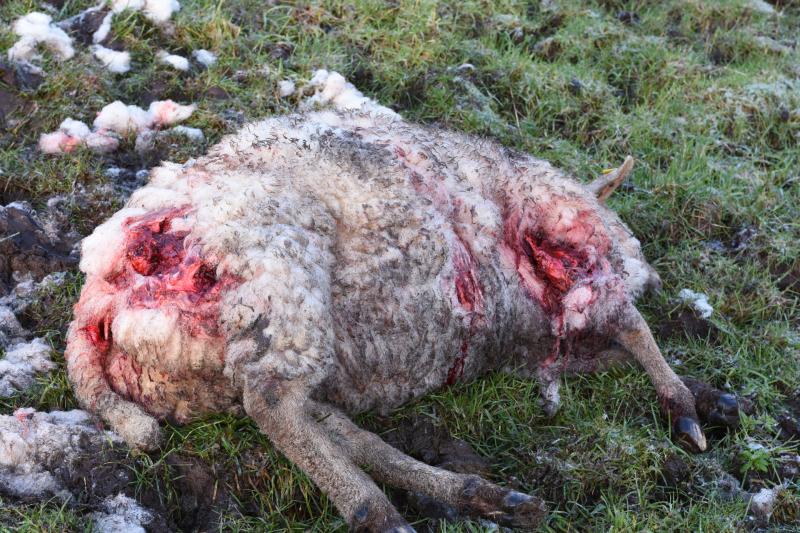 A couple in Kenagh were left distraught this morning after one of their sheep was mauled by two neighbouring dogs.

James Hall was furious when he found two dogs in his field in Coolnahinch, Kenagh, this morning after they attacked and fatally injured one of his sheep.

The dogs live nearby and their owners are in the habit of letting them out unsupervised, according to James' wife, Elspeth, who spoke to the Longford Leader soon after the incident this morning.

"The ewe is still alive and we’re waiting for the past hour for a vet to come out and put her down. She’s got lumps eaten out of her front and back. I'm just sick of it at this stage," she said.

"There’s a thing out here people just letting their dogs out in the morning. If they’re animal lovers at all they should know not to do that."

The vet has since arrived out to the house to end the ewe's suffering, but Ms Hall has said that dog owners need to start being more responsible for their pets.

"My husband found two dogs out in the field and he went to the owners and they were supposed to pay for the sheep," she said, but she added that the incident could still result in more loss for her and her husband.

"The ewe was full of lambs and due in two weeks. She’s still in shock so there’s no way of saving the lambs. And the other ewes will probably abort now because they were afraid too," she said, adding that the other sheep were panting with fear when her husband found the dogs this morning.

The incident comes not long after the IFA called for more responsible dog ownership earlier this month.