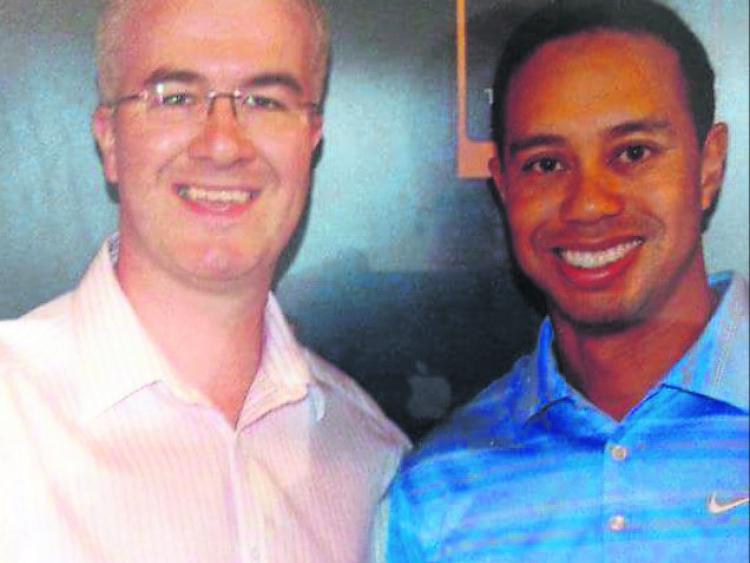 He has travelled the world, interviewed everyone from David Cameron to David Beckham, runs marathons, is a father to two children, and still, for him, Longford is where the heart is.

Enda Brady, whose father Michael Oliver Brady hails from Ballinamuck, is a correspondent with Sky News for the past 12 years and has covered news stories from local level to war torn communities in as far away as Iraq.

But his love for Longford and most especially Dromard, Colmcille and Ballinamuck is never that far away.

Michael Oliver left his native Ballinamuck after spending a lot of his youth with his aunt and uncle in Dromard to become a guard, and ended up stationed in Co Wexford in the early 1970’s where he met his wife Margaret.

Together the couple have two sons - Enda and Daragh.

“I was reared in Co Wexford but spent my summers and other holidays down in Longford,” Enda said speaking from his home in the UK this week.

“My father would be a Colmcille man but spent a lot of time in Dromard and played underage football for the club.”

Meanwhile, Enda Brady has some very fond memories of his youth in Co Longford - a place he still visits whenever the opportunity comes his way.

His grandparents Francie and Bridget Brady were very well known in north Longford and Francie was not only an avid reader of the Longford Leader but regularly contributed historical information about the county to the newspaper.

“My father goes back to Dromard very regularly; we have wonderful relations there and some of the best friends we have live there as well,” added Enda who is married to Josella.

“My grandparents had a dairy farm and being down in Dromard was magical to me.

“Being with all the cousins and the aunties and uncles; being out in the fields in the muck and dirt; milking the cows, it was fantastic.

“One summer I even togged out for Dromard and played in the match - I was delighted with myself!.”

When the Leader caught up with Enda earlier this week, he was out filming for Sky News where he was covering a story surrounding a young man who was injured in an accident, lapsed into a coma for nine months and subsequently went on to regain consciousness in recent weeks.

“I got a job with Sky News 12 years ago and before that I was with ITV,” Enda continued, before pointing out that he left Co Wexford at the age of 17 and went to the UK where he began his third level education.

“I have been all over the world at this stage and interviewed everyone from David Cameron to David Beckham and Angelina Jolie to Pele,” said the father to Saoirse and Donncha.

“I have been to Iraq twice; I also run marathons and have 17 done now.”

In fact, in just a few months time Enda is heading to Kenya where he intends to run five ultra marathons in five days!

He is currently training diligently and is looking forward to the experience.

The event will include a total of 230 km run over five days.

Enda Brady is also an ambassador for a woman’s cancer charity in the UK called ‘Eve Appeal’ and each year he raises £15,000 for medical research.

He says that one of the most famous people he ever interviewed was Tiger Woods who invited him and the Sky News team out to Dubai for three days to conduct the formalities.

“Everywhere I go, I meet people from Longford or people who have Longford connections; people often say to me ‘you are either from Longford or Cavan with a name like Brady’ - it’s amazing,” he continued.

“For me there is nothing like going back to Longford, back to where you are from.

“My brother Daragh is obsessed with Longford and in fact he would have spent even more time there than me.

“Longford holds wonderful memories for us.”