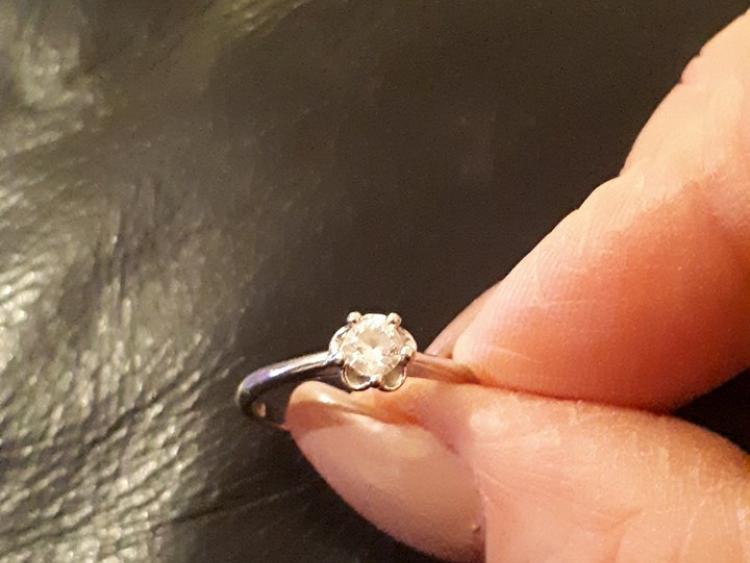 An expensive engagement ring was found outside a takeaway in Ballymahon at the weekend.

An expensive engagement ring was found outside a takeaway in Ballymahon at the weekend.

Castlepollard woman Martina Dalton who was visiting the area at around 9pm last Saturday night, was on her way into Sofia Takeaway when she notice something sparkling at her toes.

Initially Martina thought she had stumbled upon a cheap piece of jewelry, but on closer inspection the Co Westmeath woman realised she was holding an expensive engagement ring in her hands.

“I saw it on the ground and picked it up,” Martina told the Leader on Monday.

“I thought it was a cheap ring at first but then when I examined it more closely I realised that it was a good engagement ring.”

The ring is described as an 18 carat gold white solitaire ring with a floating diamond and Martina is anxious to reunite the ring with its rightful owner.