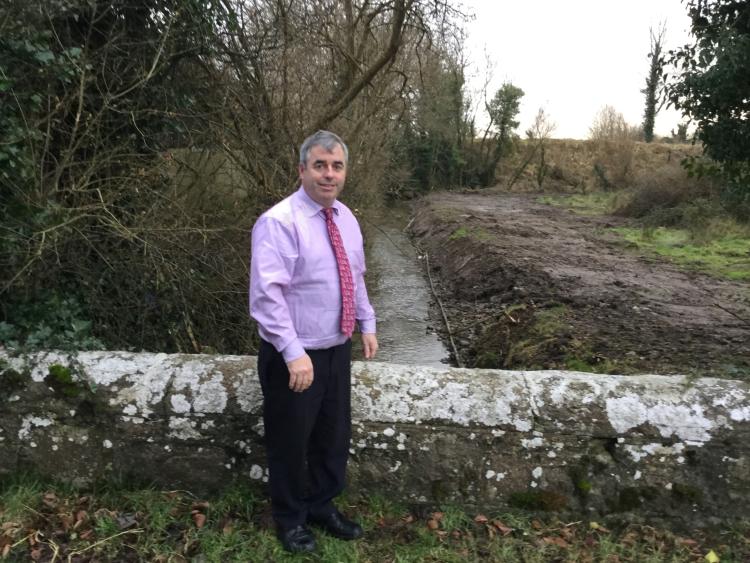 File Photo: Minister of State and Longford/Westmeath TD, Kevin ‘Boxer’ Moran has revealed that €100,00 has been secured for a key pedestrian bridge in Ballymahon to be restored

€100,000 has been secured to restore a historic pedestrian bridge in Ballymahon which was last in use during the 1950s.

The proposed works involve the construction of a bridge across the River Inny, at Newcastle, Ballymahon, Co Longford.

Currently the River Inny divides two sections of Coillte forest at Newcastle, which are widely used for recreational walks.

Minister of State and Longford/Westmeath TD, Kevin ‘Boxer’ Moran has said the funding will restore a historic pedestrian link.

Minister Moran continued,  “It is now proposed to reinstate this bridge in the location of the original bridge and the funding announced  will re-establish the link on both sides of the river while also assisting in the integration of the town as a whole with Center Parcs.

“The reinstatement of the White Bridge across the River Inny in Newcastle Wood will make it possible once more to cross the river and re-establish a pedestrian link that was ended in the 1950s with the removal of the then iron bridge."

Minister Moran thanked the Department of Rural and Community Development for the funding which is to be matched with similar funding from Longford County Council.

“As people are aware a large portion of the southern section of forestry is currently being developed as a forest holiday village by Center Parcs, thereby removing the walks in those areas. During the planning process of Center Parcs Longford Forest, both Longford County Council and Center Parcs carried out extensive consultations with the local community in relation to the impact of the proposed development on the local communities.”

“The loss of recreational walks was identified as one significant element of concern for local residents and significant work was carried out with the local community groups and residents in respect of how to address this concern,” said Minister Moran.

“Over the last nine months Longford County Council, working with Coillte, have improved the walks on the north forest. However, there is currently no link between the two sides of the river but this announcement will solve this and restore the historic link that was previously there,” said Minster Moran.

Minister Moran thanked Longford County Council for their work on the project together with the local Tidy Towns Committee and, in particular, Peter Dennehy for all his work.

Local Property Tax return of €2.1m in Longford is joint lowest in country