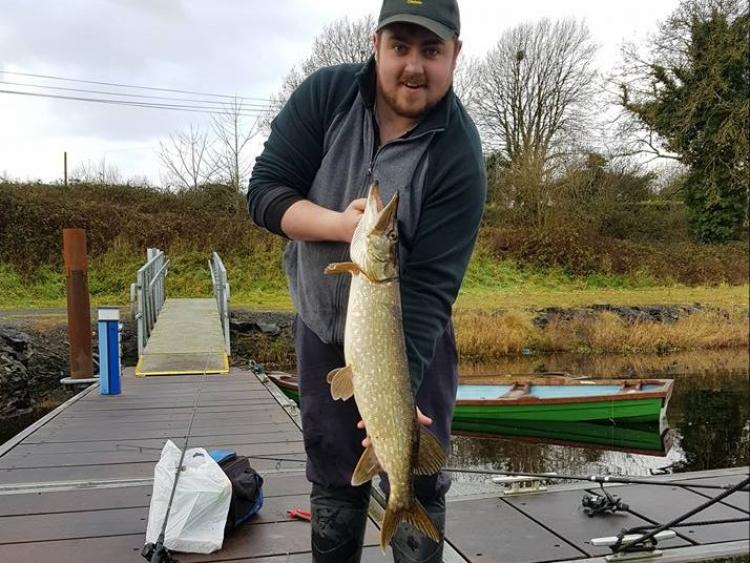 Twenty-two years old Darragh lost his life following a single car collision which occurred at 12.50am on Saturday, December 23 at Lissagernal, outside Newtownforbes.

Darragh’s tragic death cast a dark cloud over the entire community of Rooskey and surrounding areas.

And the large volume of mourners that came to Darragh’s home at Rooskey Lock yesterday (St Stephen’s Day) to pay their respects reflected the high esteem in which the young man was held.

Predeceased by his father Mel and grandparents, Darragh is deeply regretted  by his heartbroken mother Irene and by his uncles, aunts, relatives and a wide circle of friends.

Blaine Carberry, a close friend of the late Darragh, posted a tribute to him on Facebook.

“I got a phone call that no one ever wants to get,” outlined Blaine, who plays gaelic football with Cashel GAA and is also involved with Newtowncashel Gun Club.

He added, “It was a phone call to tell me my best friend and fishing partner had been killed in a car accident. Anyone who knew him would know there would never be a dull moment with him.”

The N4 Longford/Carrick on Shannon Road was closed for some time on Saturday to enable Garda forensic collision investigators examine the scene of the crash.

Gardai are appealing for any witnesses of the collision to come forward and they urge anyone with information to contact Longford Garda Station on 043 335 0570 or the Garda Confidential Line 1800 666 111.

The Funeral Mass of the late Darragh Healy takes place at 1pm today,  Wednesday, December 27 in Our Lady of Mount Carmel Church, Rooskey followed by burial in Cloonmorris Cemetery, Bornacoola. Family time only on Wednesday morning.