Bringing the joy of song to deaf people in Longford 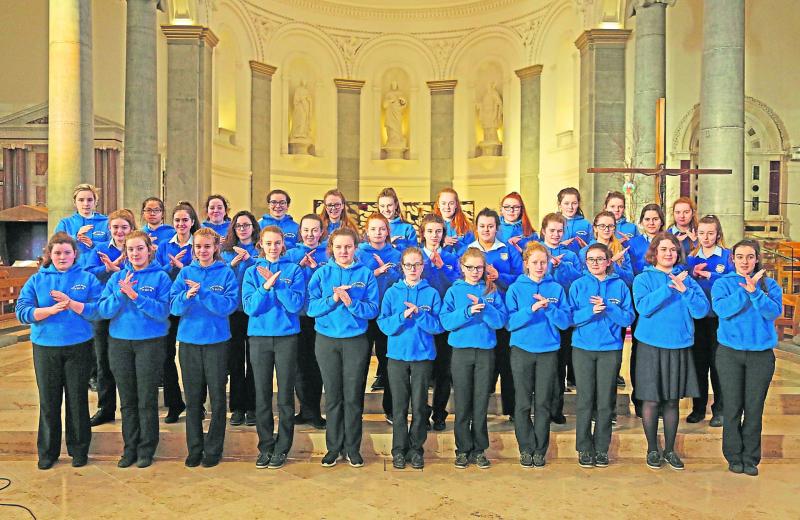 The initiative was the first of its kind to take place in Longford, and in light of the recent government approved memo for the Recognition of Irish Sign Language for the Deaf Community Bill, the move was welcomed by all.

She confirmed that it was the first time that Christmas carols were performed in sign language in Co Longford.

“Yes it would the first in but we have sign language singing carols all over Ireland,” she added, before pointing to the fact that it was one of the tools used to teach the language.

“It helps the kids to learn the language with fun and play and also helps them not to be afraid of deafness.”

Deborah attended the Longford town secondary school herself as a student and she says she is delighted to give back something to the facility all these years later.

“It’s great to go back and teach my language there and I am very proud that the school I went to includes sign language,” she smiled.

“On the night, the 45 students sang ‘Silent Night’ and it was done so beautifully.

“I am very proud of my students and it is great to see them having such interest and passion for the language.

“It was a very historic day for the deaf community and all sign language users.”

Meanwhile, the bill that was passed last week means that sign language in Ireland is now regarded as a third language here.

“It is my hope and dream that Irish sign language would be in all the schools,” added Deborah, before pointing to the fact that it would also provide a wonderful opportunity for her own children.

“Sign language is normal in my home, so it would be wonderful to see it used in the schools and become the norm in society.”