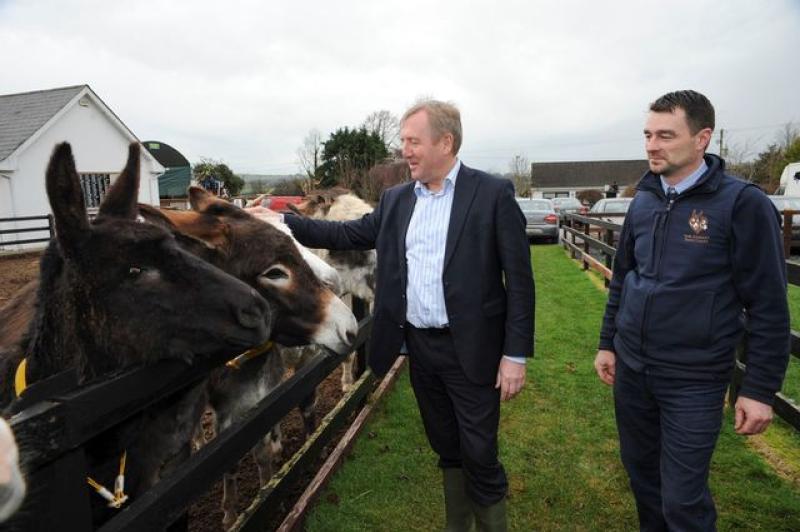 The Minister for Agriculture, Food and the Marine, Michael Creed TD, today announced funding awards of €2,560,000 to 111 animal welfare organisations throughout the country involved in protecting animal welfare. The payments will be made with immediate effect.

The Minister said that “it gives me great pleasure in awarding this funding which marks the largest allocation of funding by my Department to animal welfare organisations’.

The Minister went on to acknowledge that “these bodies provide a great service to the community in their work in safeguarding animals. Many of today’s recipients provide facilities for neglected animals that sadly in a large number of instances have been abandoned by irresponsible owners and the increased funding being awarded is evidence of my Department’s on-going commitment in protecting animal welfare and a recognition of the important role played by the many organisations throughout the country in safeguarding animals particularly pet and companion animals."

The Minister, making the announcement at the Donkey Sanctuary in Liscarroll, acknowledged its great work in donkey welfare and took the opportunity to thank its staff and volunteers and those working with other welfare organisations around the country, and went on to say that “we are fortunate in Ireland in having a voluntary sector dedicated to animal welfare and the organisations in receipt of today’s funding and their staff and volunteers provide great support and commitment to protecting surrendered, abandoned and at-risk animals."

The workload for many of these organisations has increased over recent years on account of a number of factors including more active enforcement of animal welfare legislation which has been enabled by the enactment and enforcement of the Animal Health and Welfare Act 2013. Commenting on this, the Minister said that “I wish to acknowledge the good work too being undertaken by the DSPCA and the ISPCA Officers that are authorised under the Animal Health and Welfare Act and I welcome the very active role being played by these officers in enforcing and carrying out their duties as authorised officers in applying the Act to domestic animals."

The Minister went on to say that “I am greatly concerned with continuing incidences of sheep being terrorised and killed by roaming dogs and the  message needs to get out to all dog owners in both urban and rural areas on the importance of knowing the whereabouts of your dog at all times."

In many parts of the country, particularly urban areas, indiscriminate breeding particularly of dogs and cats has led to an oversupply of these animals which has led to an increased abandonment and the Minister went on to say “I would remind recipients of funding of the importance of having in place neutering programmes for cats and dogs and all animals being re-homed should be neutered unless veterinary opinion advises otherwise”.   The Minister went on to mention that those welfare organisations involved in equine rescue should ensure that stallions being re-homed are castrated.

The Minister reminded all recipients on the necessity for good governance, a factor that is stressed in all communications with the welfare organisations. All recipients of funding  have been provided with and have signed up to the Terms and Conditions/Code of Practice to be adhered to and the Minister said that “these conditions provide a basis for sound welfare and good governance and management practices and must be adhered to in their entirety”.

The Minister emphasised the importance of parents, guardians and adults being responsible when considering gifting animals as pets this Christmas time.  The Minister said that “owning a pet imposes a massive commitment including a high financial cost and while gifting animals may be well intentioned unfortunately the reality for such pets is that they are often abandoned by their new owners once the novelty wears off and it is left to the animal welfare bodies to deal with the consequences of abandoned animals which places unnecessary pressure on their resources."

The Minister urged those who are considering getting a pet this Christmas to consider adopting an animal from one of the many reputable rescue organisations.  He advised those considering investing in a pet to heed the advice of the Irish Pet Advertising Advisory Group (IPAAG) and to make themselves fully aware of where their new pet has originated from.   IPAAG provide a checklist on their website which members of the public should consult before proceeding to buy an animal. For further information, please visit www.ipaag.ie.

Finally, the Minister also acknowledged the great work undertaken by staff in his own Department on animal welfare matters and stated that he and his officials will continue to work closely with animal welfare groups.  He reminded the public of the dedicated email address and helpline in operation in the Department of Agriculture, Food and the Marine for members of the public to report incidents of animal neglect and cruelty.