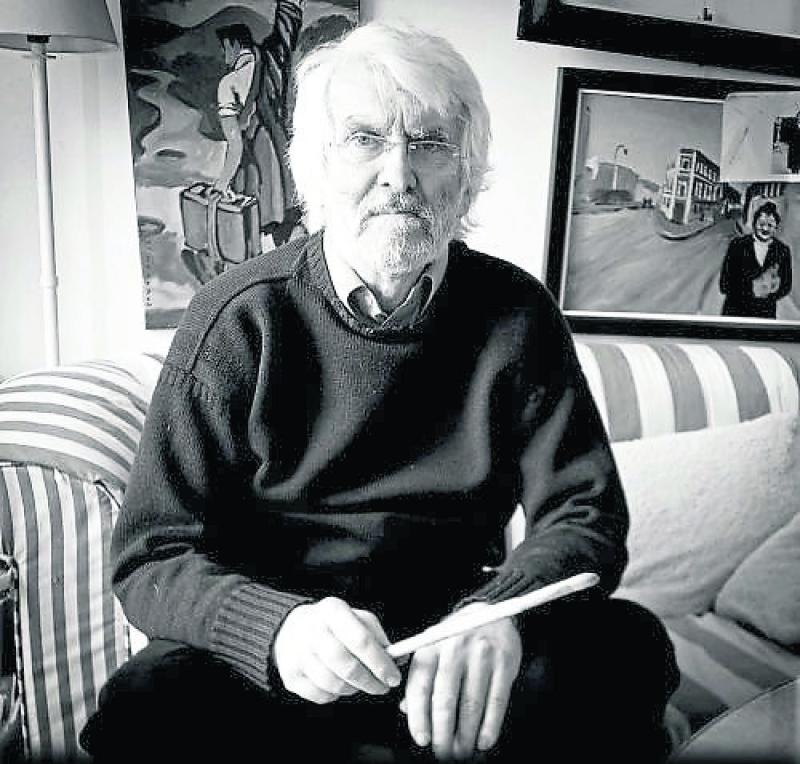 There was good news for the Longford arts scene last week as locally-raised artist Bernard Canavan stepped up alongside Liam Neeson to collect his Presidential Distinguished Service award.

Canavan and Neeson were the only two Irish people abroad to receive the award in the Arts, Culture and Sport category, while eight other Irish abroad were recognised in five other categories.

Announcing the award recipients in October, Minister for Foreign Affairs and Trade, Simon Coveney TD said:
“These remarkable people have provided a sustained service and commitment to Ireland and Irish communities abroad, and it is fitting that they have been selected to be honoured by the President.

“This is the sixth year in which recipients have received this Award, and the ceremony remains a very important opportunity to acknowledge those who have helped to build and expand our reputation across the globe.

“The diverse contributions of these individuals extends across six different categories, and the impact of their work and dedication is evident across a number of countries.”

Minister for Diaspora Affairs and International Development, Ciarán Cannon TD, added:
“As Minister of State for the Diaspora, I am aware of the profound impact our global family has had around the world in a variety of fields.
“There were 95 nominations for these awards this year, and the level and breadth of the achievements of the people nominated are, by any measure, remarkable.

“That the recipients of these awards represent Ireland to the world should be an immense source of pride to all of us, as it is to me, and I am glad that we have the opportunity to acknowledge them as such.”
This is the sixth year of the Presidential Distinguished Service Awards, which recognise the work of Irish people living abroad.

It was Bernard's art that captured the eye of the judges.

Having grown up in Edgeworthstown, before emigrating to Britain in 1959, Bernard's art is based around the theme of emigration and, specifically, the mass exodus of Irish people to Britain when he was a boy.

He has had a number of highly acclaimed exhibitions on the emigrant theme both in Ireland and London.

Bernard is passionate about the subject of the “forgotten Irish” and much of his work highlights this theme.
He has previously supported Irish community endeavours through the donation of artwork.

A documentary on his life is currently being prepared by a London based Irish documentary producer.

Artist with a special touch