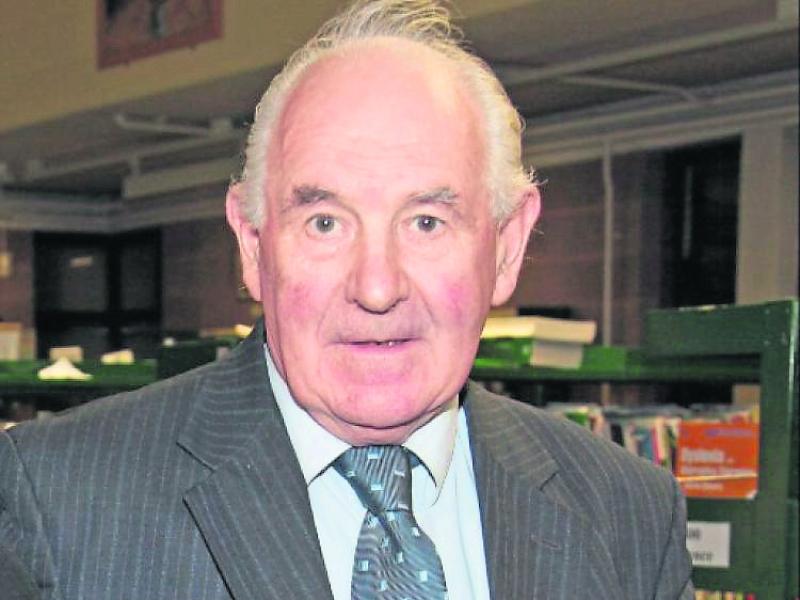 Tributes have been pouring in for the late Edward ‘Teddy’ McGoey of the Rustic Inn, Abbeyshrule who died at the weekend.

In leading the many tributes, local area representative in Carrickedmond, Cllr Mick Cahill (FF) said that Mr McGoey would leave behind 'a lasting legacy'.

“His death is a major loss to the whole of south Longford,” Cllr Cahill added, before pointing to the late businessman’s “can do attitude” and positive nature.

He also sympathised with Mr McGoey’s wife and family on their very sad loss.
“Teddy was a can do man and was very much to the fore with the airfield, tidy towns and the canal restoration.

“He also ran a thriving business in Abbeyshrule and employed local people; he was involved too in the Goldsmith Literature Festival and was a highly respected member of Carrickedmond GAA club.
“He has left a lasting legacy.”

Meanwhile, Carrickedmond GAA also paid tribute to the local businessman.
A spokesperson said that Mr McGoey had been a member of the club for nearly 50 years and was vice-president at the time of his passing.

“He was a staunch GAA man who loved to talk about the game and remember the good old days,” the spokesperson added.

“Our hearts are heavy with the loss of our dear friend and committee member Edward (Teddy) McGoey,” they said, before pointing out that the local man had combined the very best qualities of Goldsmith’s Good Natured Man.

“Together with his beloved wife Betty and family he promoted Goldsmith Country and Longford tirelessly.”

The Oliver Goldsmith Literature Festival committee members went on to say that Mr McGoey was courteous, generous, warm and witty, and his loss would be deeply felt by all who knew him.

“Teddy embodied the old values that Goldsmith extols in She Stoops to Conquer; he loved, and made time and space for, old friends and old books.

“He was a model of the best of old manners and enjoyed a glass of old wine in good company.”
Midlands correspondent with RTE, Ciarán Mullooly said Teddy McGoey’s death was “a really seismic moment in the history of tourism development in Co Longford”.

“Teddy and his family were instrumental in the economic development of the county - the airfield, the Goldsmith legacy, the tidy towns improvements and the Royal Canal restoration are just four of the many projects he guided and supported for decades - and long before we had a tourism promotion structure,” Mr Mullooly continued.

“Teddy was an entrepreneur - before the word was invented - a man with a vision and passion for flying who helped put Abbeyshrule and its airshow on the map.

“We met in the Rustic Inn a few short moments back and I became aware of his illness, but I could see the twinkle in his eye when we discussed the new Center Parcs Longford Forest holiday village.

“It is just such a terrible pity he will not be there to see it open.”
Teddy McGoey was laid to rest following Funeral Mass at Our Lady of Lourdes Church, Abbeyshrule on Tuesday, November 28.

Exclusive footage of Abbeyshrule helicopter crash: “The smell of fuel was so strong you could taste it”