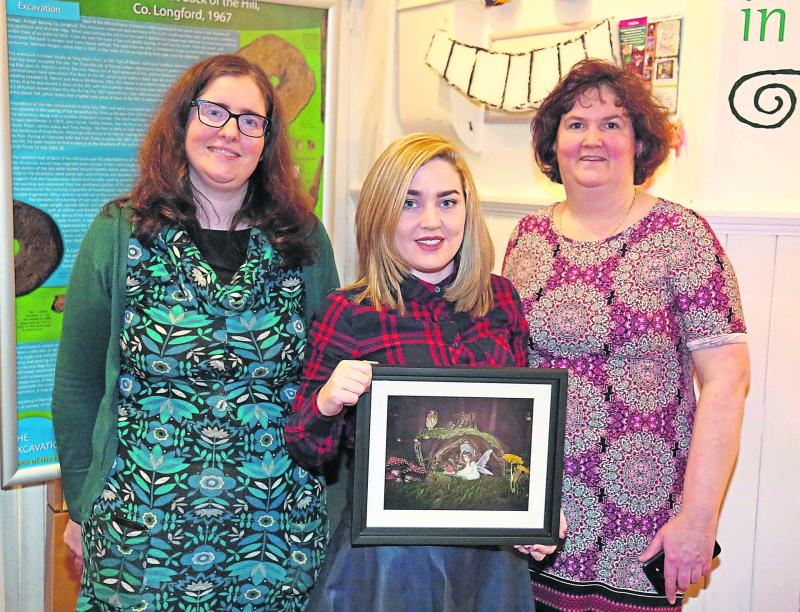 Ardagh Heritage and Creativity Centre was the place to be last Wednesday, November 15, as the local community celebrated the launch of Creative Ardagh's first ever Fairy Calendar.

The calendar is a magical collection of images by local photographers who took part in the recent Fairy Photograph Competition, with many of the photographs framed and displayed at the Heritage Centre on the night.

The winner of the competition itself was Joanna Parker from Edgeworthstown. Joanna received a framed copy of her photograph at the launch and the image is also featured in the calendar itself.

“This exhibition will be up until the end of January at least. We also decided to do the calendar with as many of the lovely photographs we could because the standard was so high.

“Our initial idea was a small online competition to celebrate our Year of the Fairies but it literally grew wings!”

The calendar can be purchased at the newly-renovated craft shop in the Ardagh Heritage and Creativity Centre.

“Our shop has been open since we opened in 2011 and has a steady little stream of activity with wonderful Art, Books and Crafts from Longford, Leitrim, Westmeath and Roscommon,” said Ann.

“We felt it needed brightening up and an overall revamp and had a callout for new stock too.

“It is open when we have events and classes but we can also pop up on demand if people give us a ring as we live in the village.”

The calendar is on sale for €5 from the shop and €7.50 online to cover postage.

The online shop can be found at www.ardaghtreefairies.blogspot.ie/p/shop.html.