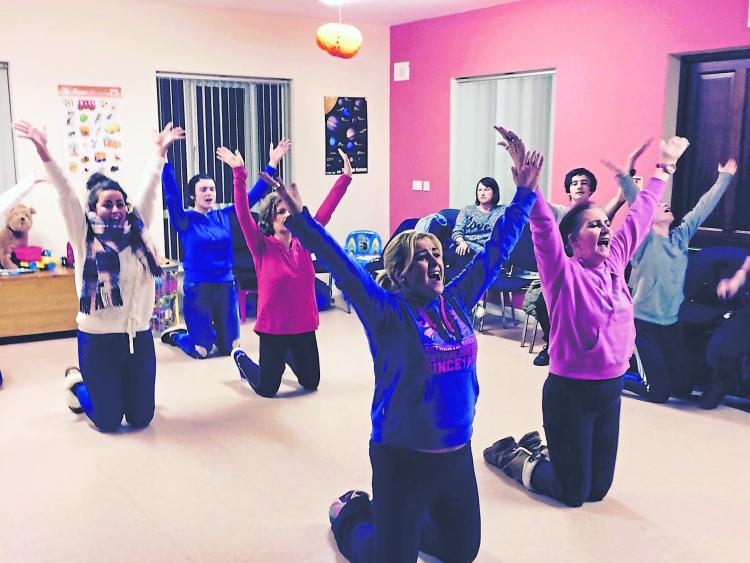 Rehearsals for the Longford Variety Show production of 'When We Were Tops' are in full swing ahead of next week's performances at Backstage Theatre. Tickets are on sale now.

If you are looking for an evening of fun and entertainment ahead of the perennial festive hustle and bustle then look no further than Longford's Backstage Theatre next week.

And it's all down to the hotly awaited return of Longford Variety Group's annual production at the Backstage Theatre next Thursday night.

'When We Were Tops' promises a mix of musical theatre ranging from Cobacabana, The Lion King and Billy Elliot to mention just a few.

Comedy is not to be overlooked either, fronted by its director John Kelly while the show's choreographer, local girl Aimee Duignan alongside the very talented Peelo School of Dance will have the audience begging for more.

“A special piece to celebrate all things tops for those who don't remember, the John Player Tops played a major social role in Longford in the 80s and 90s,” said a spokesperson.

Tickets are now on sale at Backstage Theatre.

Telephone (043) 3347888 for bookings or you can purchase tickets from local stationery store Farrell Coys.

To mark its long awaited return, Longford Variety Show have an opening night special of €10 per seat for its Thursday night production.

“Please support this fabulous show which has something for everybody,” added the spokesperson.