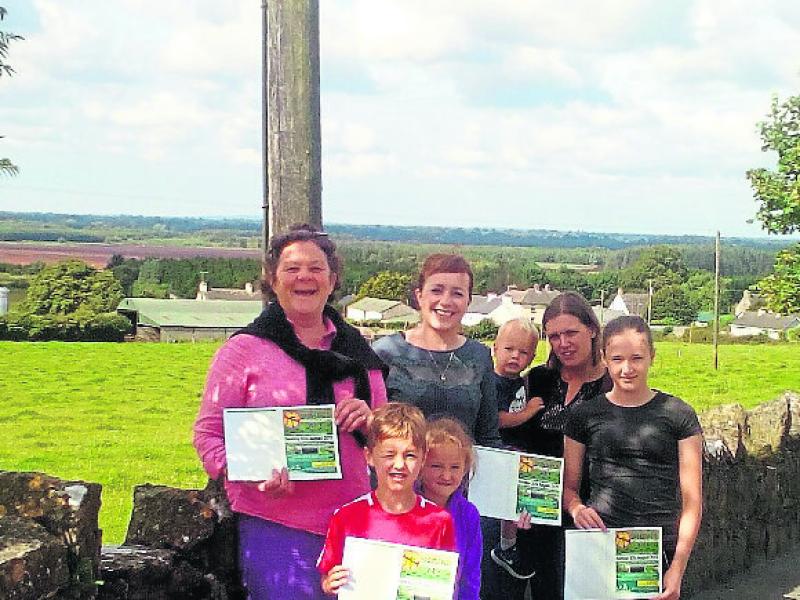 The North Westmeath Turbine Action Group (NWTAG) was established earlier this year to oppose the development of a wind farm at Coole in Co Westmeath by Element Power.

Chairperson, Jen Gallagher said that opposition both locally and at Co Council level is evident and the plans that are in place do not fit in with the local authority’s own guidelines in respect of such developments.

“The Council has asked Element Power for a further 54 issues to be clarified in the submission,” she added, before pointing to the fact that 133 submissions have already been sent to the local authority from various groups about this application, six of which indicated their acceptance of the development.

Ms Gallagher also said that on October 6 last, Westmeath Co Council sent a letter to all those who has put in submissions, stating that Element Power had withdrawn their planning application for the Coole Wind Farm.

“Robert Troy has promised to bring it up in the Dail this week and hopes to attend our meeting in Castlepollard on November 23, 2017, while Deputy Burke has promised to push for a moratorium on applications for wind farms until the guidelines have been updated.

“He too will will attend the meeting on November 23,” added Ms Gallagher.

“We have contacted all seven TD's for Longford-Westmeath and Meath-West and we are really hoping for a good turnout from locals, people from further afield, politicians and press on the night.”

"Despite the widespread opposition to the proposal that culminated in 130 plus written objections from local people when the proposal went before Council in August, Element Power seems determined to push ahead with their proposal to erect 13 giant wind turbines that will rise to a height of 175 metres which is over twice the height of Mullingar Cathedral.

“In the information I received from Element Power to my home, contained in a glossy leaflet, it is clear they have ignored the multitude of concerns expressed by local people, particularly in relation to the minimum setback that allows for some of their turbines to be located within 750 metres of people’s homes.

“This will undoubtedly result in shadow flicker and noise pollution meaning the health and general well-being of people will be severely compromised.”

Meanwhile, the particulars relating to the further information request by Westmeath Co Council must be lodged by November 23.