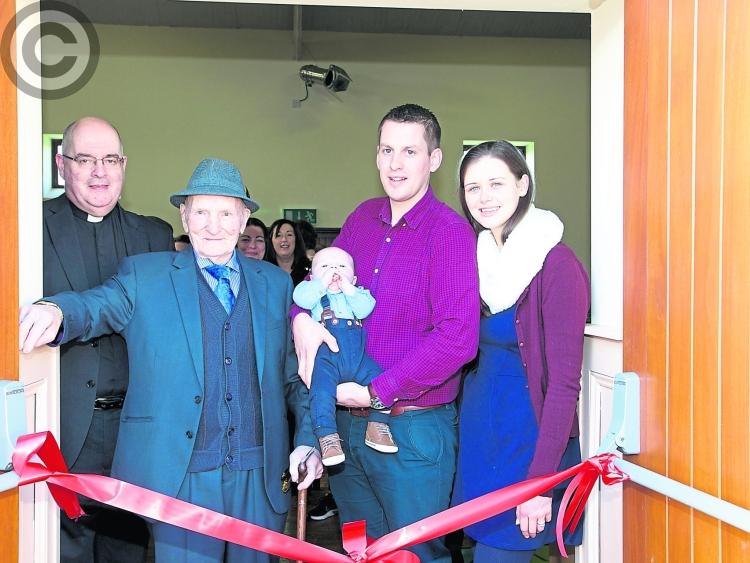 Sunday was a big day for Ballinalee as the village came together to celebrate the official opening of Little Learners After School facility at the Thomas Ashe Hall.

There was a great atmosphere in the hall as the village's oldest and youngest residents - Matt O'Hara, who is 100 years old, and 14-week-old Gerard Reynolds - took on the honour of cutting the ribbon and officially opening the facility.
“It was a great day,” said Colette Croghan, Manager of the Littler Learners Afterschool facility.
“We had a great turnout and it was great to have the oldest person in the village and the youngest there to cut the ribbon.”
Also at the official opening, Father Murray spoke to the assembled crowd about how the original Thomas Ashe was himself a school teacher, and a man passionate about education.
He said that this new use of the hall dedicated to his memory was very fitting.
The Little Learners initiative was set in motion in July with the allocation of a Pobal grant for the facility and, since then, the committee has worked tirelessly to put into place the staff, customers and equipment needed to finally open its doors to the public.
Little Learners will be open every morning from 8am until school time, and from after school time until 6pm.
Children at the facility will be able to complete their homework and partake in creative activities.
Uniquely, the facility opens directly onto the yard of the adjoining primary school, Scoil Samhthann, making the transfer of children safe and seamless.
For more information on Little Learners Ballinalee, contact Colette Croghan on 087 114 6994 or email office@littlelearnersballinalee.com.