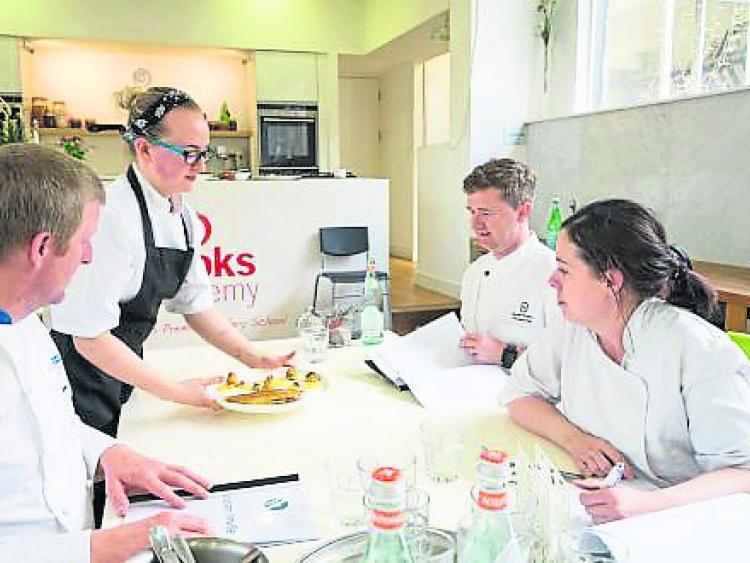 A young Longford chef has made it to the finals of the Euro-Toques Ireland Young Chef of the Year competition.

Mullinalaghta native, Bronagh Rogers who is currently Chef de Partie at Viewmount House in Longford town is the daughter of Joe and Pauline and one of six finalists in the prestigious competition.

In two weeks time, Bronagh along with the other finalists will travel to a 3 Michelin star restaurant Da Vittoria in Bergamo in Italy, for a unique lunch experience before the competition finals in Cooks Academy on November 19 next.

Bronagh has been working full time at Viewmount House since March and prior to that spent a year perfecting her cheffing skills in Canada.

“I am delighted to have made it to the final of this competition,” she told the Leader, before pointing out that she entered initially on social media and is now the only female in the final stage of the competition.

“I only found out last week that I made it to the finals so I’m looking forward to the trip to Italy and cooking some delicious food along the way.”

Irish chef and restaurateur Richard Corrigan will be the guest judge for the finals which will see competitors cook two dishes, one savoury and one sweet, inspired by the theme for this year, which is back to basics – old-school cooking.

They will also cook at a gala dinner in the InterContinental Hotel in Dublin, at which the winner will be announced.

Judges for the final include Richard Corrigan, Danni Barry, who recently left Deane’s EIPIC to set up Clenaghans, near Moira; Graham Neville of Dax; Gareth Mullins of The Marker Hotel; Wade Murphy of 1826 Adare and Paul Kelly, executive pastry chef at The Merrion Hotel, Dublin.