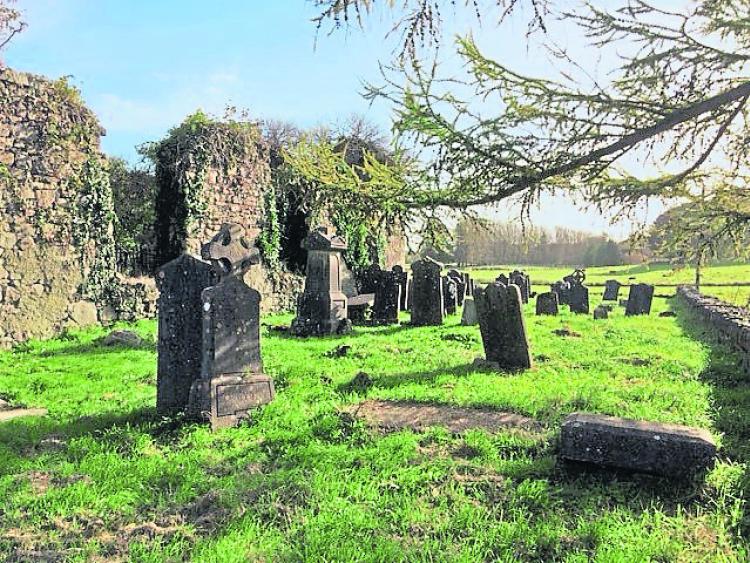 One of Co Longford's oldest churchyards is set for a major unveiling ceremony this Friday.

The Old Lower Churchyard in Ardagh, which dates back over 350 years, will be enhanced by a new directional sign commissioned by the Tidy Towns Committee.

The unveiling of the new plaque will be celebrated at a ceremony in the churchyard (opposite the community centre) on Friday 13 October at 5pm.

All are welcome to the event and to refreshments afterwards in the community centre.

The plaque will complement the extensive work undertaken by Luke Baxter which culminated in the publication of his book 'Our Roots in Stone' in 2013 in association with the Tidy Towns Committee.

The lower churchyard, with its 12th century cathedral ruin, is the oldest of the three in Ardagh.

The new plaque displays a map of the churchyard along with a numbered index of family names which makes it easy to locate individual burial stones.

Tom Bannon, chairman of the Tidy Towns Committee, said, “I welcome this plaque as an important new feature in the lower churchyard.

“It will be a very useful guide for both local people whose forbears are buried in the churchyard and for visitors to the area looking for their ancestral roots.

“Conservation of Ardagh as a heritage village is helped by the addition of appropriate signage that enhances its wonderful appeal for both tourists and the community.”

The unveiling ceremony will include an ecumenical blessing followed by a talk by County Archivist and Ardagh native, Martin Morris, about the churchyard and its place in Ardagh’s history.

The plaque was designed by Grey Wizard Design in Longford in close consultation with the Tidy Towns Committee and the Planning and Heritage Officers.

It is financed by the Tidy Towns Committee with funding support from Longford County Council’s Community Grant Support Scheme.