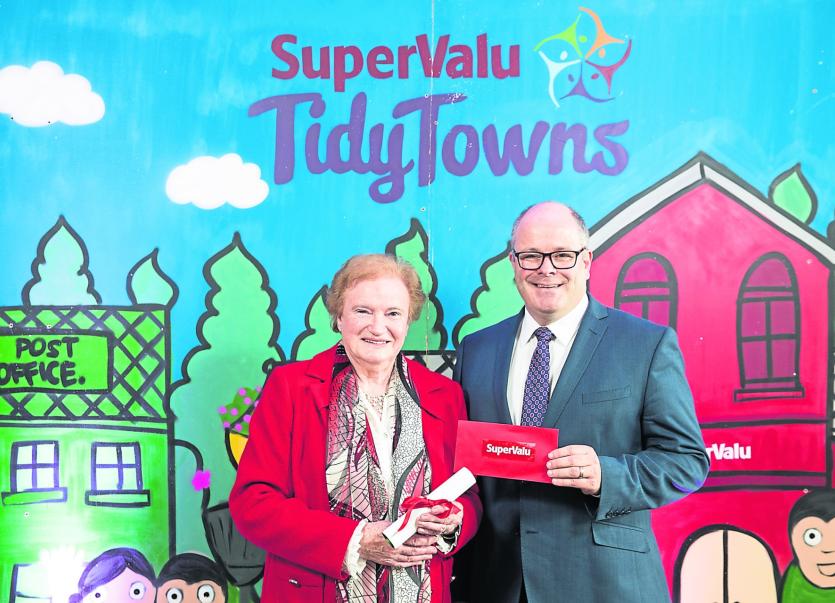 A Mullinalaghta woman is celebrating after being crowned a 'Community Hero' at the SuperValu TidyTowns Awards in Dublin on Monday.

Each hero was acknowledged for their outstanding contribution to their local area through their involvement in SuperValu TidyTowns. On hand to present the prize was Martin Kelleher, Managing Director, SuperValu.

Commenting on the awards Mr Kelleher said: “As we mark 26 years as title sponsor of the SuperValu TidyTowns competition, we remain incredibly proud of our long-standing involvement in this important initiative.

"Year after year we see volunteers up and down the country come together to enhance their local communities and their tremendous passion and dedication never fails to impress.

"The SuperValu Community Hero Awards are intended to recognise those who go above and beyond in their endeavours and I would like to congratulate all our winners on this tremendous achievement.”

There was equally gratifying news for members of Longford Tidy Towns Committee as the county town saw its overall total jump four points from 302 to 306.

That improvement saw Longford take home a bronze medal, leading to a jubilant post being added to its Facebook page this afternoon.

"We are thrilled to announce that Longford Town has increased its mark by a whopping four points from 302 to 306 in the National Tidy Town results, earning another bronze medal," read the post.

One of its committee members, Cllr Seamus Butler put the marked improvement down to one determining ingredient-“sheer hard work”.

The Fianna Fáil politician said breaking the 300 mark was no mean feat given that most, if not all “the low lying fruit” had been picked by then.

Cllr Butler was just as intent on sparing a thought for 2012 Tidy Towns winners Abbeyshrule, who were just four marks away from reclaiming their crown from this year's overall winner, Birdhill.