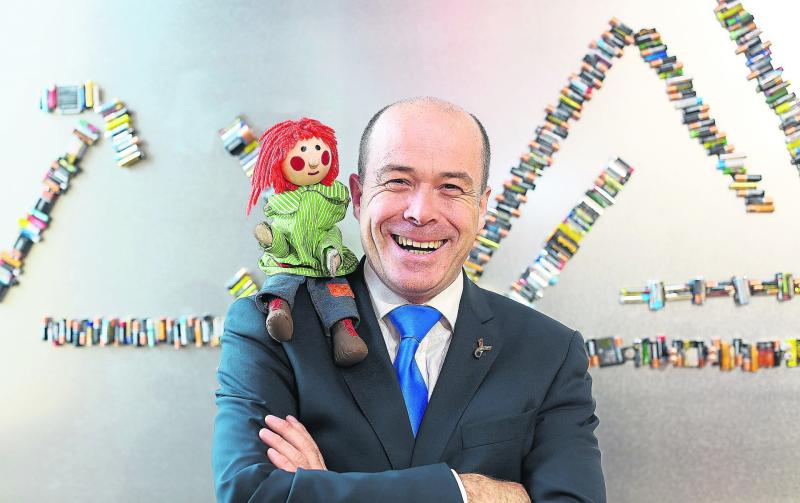 The announcement was made by Bosco and Minister for Communications, Climate Action and the Environment, Denis Naughten TD during the launch of WEEE Ireland’s battery recycling campaign for 2017 at the Rediscovery Centre in Ballymun.

One in five admit to putting waste batteries in the bin, but what a waste!

Batteries can be easily recycled through schools participating in WEEE Pledge or in the blue recycling boxes in any of the thousands of shops that sell batteries across the country.

It couldn’t be easier to make battery recycling part of the household routine.

Children across Longford have been playing their part over the last year through the WEEE Pledge schools battery recycling challenge.

Winners of the programme in their county, Scoil Mhuire, Newtownforbes, collected 100kg of batteries last year for recycling and will receive a prize of environmental and science educational workshops at The Rediscovery Centre.

Bosco was keen to remind all the mammies and daddies that recycling their waste batteries with WEEE Ireland also helps the boys and girls at LauraLynn, Ireland’s Children’s Hospice.

“I encourage everyone to take a look around their homes, schools and workplaces to find those waste batteries for recycling.”

Since 2011 Bosco and WEEE Ireland have made it their mission to not only make a difference to the planet, but also to the lives of the boys and girls with life-limiting conditions and their families at LauraLynn.

The message has captured the hearts of many and powered by peoples’ great battery recycling efforts, Bosco and WEEE Ireland have raised over €285,000 for the charity in that time.