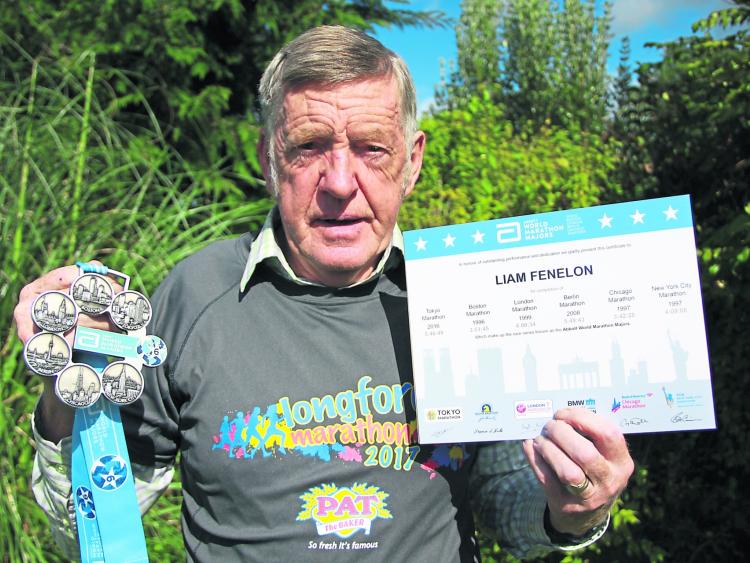 Longford athlete and two time Olympian Ray Flynn will be the centre of attention in the county town in a little over a week's time when he tackles the Irish mile-a distance he still holds the record for.

The decorated runner, who completed 89 sub-four minute miles during his illustrious career, is lined up to lead a special Athletics Ireland supported event in Longford town on October 2.

The occasion, suitably coined the Ray Flynn Mile, is one which has is also being fronted by seasoned marathon runner Liam Fenelon.

He said the lure of having the Flynn name in situ for Monday week's showcase is likely to draw plenty of interest from local runners and spectators alike.

“It's a mile of Longford town and Athletics Ireland are chip timing the whole thing,” he said.
Flynn, who still holds the Irish record for the mile, a feat he achieved in Oslo back in July 1982 is still very much revered locally.

In 2014, the now defunct Longford Town Council awarded him the Freedom of Longford.
Flynn also holds the current Irish 1500 metre record of 3:33.5, set in the same Oslo race he set the current Irish mile record in.

That's not where his athletics and middle distance running expoits end however.

Along with Marcus O'Sullivan, Eamonn Coghlan, and Frank O'Mara, he helped set the still standing world record of 15:49.08 in the 4 x mile relay, as a charity fund-raiser in Dublin, Ireland in 1985.

Flynn currently resides with his family in Northeast Tennessee, where he is the President/CEO of the aptly named athletics management company- Flynn Sports Management.

He is also meet director for the Millrose Games in New York City, the oldest indoor meet in North America.

The Longford mile gets underway from the Ballinalee roundabout at 7:30pm, finishing up at the Cathedral Car Park.

Entry on the day is €5 with music and refreshments pencilled in at the Longford Arms Hotel afterwards.

“It should be a great occasion,” said Liam.

“As Athletics Ireland are involved, there will be people there from all the different (Athletics) clubs so hopefully the crowds come out and support it.”