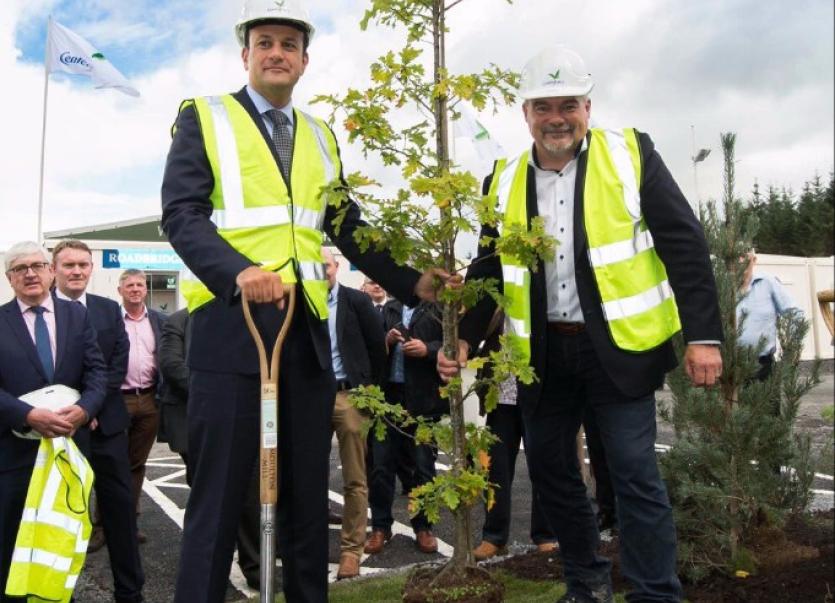 The opening of Center Parcs €233m Longford Forest holiday village in Ballymahon will transform the Longford and midlands region for generations to come.

They were a flavour of some of the soundbites to come from an official sod turning ceremony earlier today which was led by its CEO Martin Dalby and Taoiseach Leo Varadkar.

Mr Varadkar said the scale of the investment on behalf of the UK leisure firm represented a real “vote of confidence in the region and Irish tourism”.

And in a throwback to comments attributed to his predecessor Enda Kenny at the impending arrival of Center Parcs two years earlier, Mr Varadkar said Ireland’s economy would reap much of those rewards.

“This exciting development by Center Parcs represents a significant investment in the Irish economy, and especially tourism,” he said.

“The €200m investment is almost certainly the biggest in the region’s history.”

Back in Longford today to turn the sod on new Center Parc resort. Great boost for area. 750 construction jobs + another 1000 when open pic.twitter.com/xVkxtDbYBX

Mr Dalby was equally bullish, saying the anticipated arrival of Center Parcs in 2019 would revitalise the community of Ballymahon and surrounding areas into the future.

“The economic benefits of the job and investment will be felt far beyond those directly employed and we estimate that when operational the new Center Parcs Longford Forest holiday village will add approximately €32m to Ireland’s GDP per annum.”