Students in Granard and Ballymahon over the moon with results 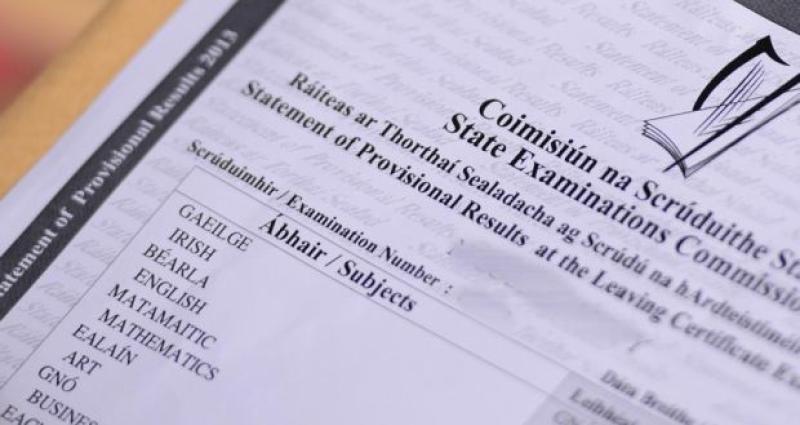 This year, there was a record-breaking 13 students in Ireland who achieved the perfect score of 625 points, and two of them are situated in county Longford.

Elizabeth Larenz from Cnoc Mhuire Granard and Shauna Burke from Ballymahon Vocational School were over the moon when they opened up their results envelopes yesterday morning to see how they had fared in the exams.

Both received the maximum result of eight H1s, meaning they got a grade of between 90 and 100 percent.

Principals and teachers in both Choc Mhuire Granard and Ballymahon Vocational School have expressed pride, not only in there high-achieving students, but in all students who sat the exams, no matter what the results.

"We've had exceptional results from very top marks of 625 points, and five or six with 550 or 570 points. But I want to congratulate all our students on their great achievement," said Moira Mahon, Principal of Cnoc Mhuire, Granard.

"We had the full range of results - the high points, but also the students who struggled, and I want to congratulate them for sticking to the course and doing the Leaving Cert. It was a struggle, but they did it."

Elizabeth Larenz, according to Ms Mahon, is an "exceptional student". In fact, the Abbeylara girl made Longford Leader headlines three years ago when she got 12 As in her Junior Certificate exam.

Shauna Burke in Ballymahon, who also received the perfect score of 625 points, has been praised by her own school principal, Rosemary Johnson.

"She studied very hard and did so well," said Ms Johsnon.

"It's terrific. Overall the results were great. We've had very high points. The students worked very hard. We're very pleased. There were a lot of personal bests too. They were a great bunch of Leaving Certs."

According to their respective school principals, the two girls are planning on studying science in college.

For more coverage on the Leaving Cert results, see next week's Longford Leader.