Entertainment Guide: What's on in Longford this Bank Holiday weekend

Your definitive guide to Longford's entertainment scene this weekend 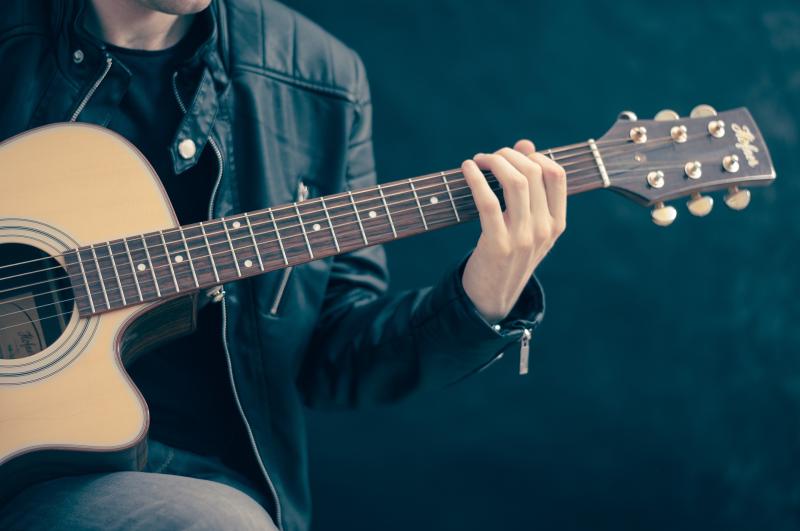 Plenty of live music in Longford this weekend

The Bank Holiday weekend is upon us, and there's plenty to do in Longford and surrounding areas, so we've put together a little entertainment guide to help you decide which events to put into your diary.

In fact, there's nearly too much going on in Longford this weekend. You might need to master the science of human cloning to make it to everything.

1pm: All Paws on the Green is a dog show hosted by the Longford Dog Control Services and will take place on the green at Ardnacassa. Head on down with your four-legged friend, or simply make friends with the other pooches that will be there. There will be prizes and treats and lots of cute dogs.

3pm: A great event for the kids - or rather, their teddies - will be the Teddy Sleepover and Story Time event at Lanesboro Library. If Teddy is feeling a bit cooped up, this is the perfect event. Kids are welcome to come along with their teddies for a fun story time session with colouring and songs. Teddy will get to stay in the library with the other teddies, and the next morning, kids can pick them up and have a picnic to find out about the adventures had at the sleepover. The event is free, but make sure you prebook by calling 043 33 21291.

7pm: The Lough Ree Monster Festival kicks off at 7pm with a kids' disco in the Big Red Barn, Lanesboro. This is the place for every young person to be this Friday as they await the arrival of the Lough Ree Monster, and a fun-filled disco is promised for all.

8.30pm: The 'Naming of the Bridge' will take place as part of the Lough Ree Monster Festival. A draw took place last weekend, and generated a great interest. The bridge will be officially named tomorrow night, so make sure you attend to find out what name was drawn.

9.30pm: This will be the event we've all been waiting for. The Lough Ree Monster will come up from the lake, signalling the start of the musical entertainment for the Lough Ree Monster Festival. The Monster looks spectacular, and this event is not to be missed. Get there early to get a good standing spot! People will be gathered along the banks of the River Shannon as the monster makes its way towards the newly-named bridge.

10pm: After the arrival of the Lough Ree Monster, there will be live music in the Big Red Barn from Cliona Hagan and her band, and David Kiernan.

All Day: The Irish Heritage Boat Association will be kicking off its annual rally in Lanesboro on Friday. Throughout the day, the heritage barges will be moored in Lanesboro as they prepare to set off. There will be over 15 barges in the town and these were the Juggernauts of the transport system for nearly 150 years, so this is a sight you won't want to miss.

There will also be a number of side events for the Lough Ree Monster Festival, including bouncy castles and kids' entertainment, a human gyroscope that will leave your head spinning, and a range of stalls and attractions.

2pm: The live music of the day, as part of the Lough Ree Monster Festival in Lanesboro, will kick off with Painted Skies at the Big Red Barn.

3pm: Fans of Bob Marley and the Wailers won't want to miss the fantastic live music that will take place on Saturday afternoon. Following the fantastic Painted Skies gig, Natty Wailer and Reggae Vibes will take to the stage with a two-hour reggae set.

8pm: Ballymahon musician, Katie Gallagher will take to the Big Red Barn, again as part of the Lough Ree Music Festival, where she will entertain the crowds with her own special brand of home-grown talent. She'll be the support act for Entertainer of the Year, Mike Denver, who will take to the stage soon after Katie.

8.30pm: The Skelly's Bar annual Tidy Towns BBQ will take place in Ballymahon on Saturday night. Tickets are €10 and can be bought at the venue. There will be spot prizes, and live music and it promises to be a great night.

10pm: In case you miss Katie Gallagher earlier in the night, the Ballymahon star will be performing again at Skelly's Tidy Towns BBQ, with support from Mark McCormack and Paul Canavan.

10pm: If you're willing to travel a few miles further away, Declan Nerney will be gracing the stage at the Landmark Hotel, Leitrim. This promises to be a fantastic night of country music and dancing.

All Day: If you do venture to the Lough Ree Monster Festival on Saturday, check out the car park area, where there will be a number of American cars on display. They should be a sight to behold! Check out the range of attractions and stalls that will be around Lanesboro on the day. And, of course, the Lough Ree Monster itself will be moored on the Shannon for the day, so make sure you catch a glimpse!

Afternoon: As part of the Lough Ree Monster Festival, there will be a Family Fun Day in Lanesboro. This will take place at the duck pond, weather permitting. If it's raining, though, the event will be moved to the Big Red Barn. It promises to be a great day for all the family.

12pm: If you're a country music fan, there'll be plenty to enjoy on Sunday from 12pm as the Ballymore Country Music Festival kicks off. Great musicians like Michael English, Jake Carter, Cliona Hagan and Robert Mizzell, among others will take to the stage.

5pm: Get those dancing shoes on if you're in Arva this Sunday, as the Jiving on the Square event kicks off at 6pm as part of the Arve Three Province Festival. All jivers can enter the jiving competition for free, and there's €1,000 in prize money just waiting to be given away to the first, second and third place winners.

9pm: There are a range of events happening at 9pm, so unless you're able to be in a few places at once, this is where your decision for Sunday night might get difficult. Popular local band Brave Giant will grace the stage at the Breffni Arms in Arva, as part of the Three Province Festival. Tickets are €15 and available at the door.

9pm: If you're in Ballinamuck this Saturday night, then Dillon's Bar & Bistro is the place to be as Big Generator take to the stage with their own originals and some covers that are bound to keep you entertained. Best of all: it's free!

9pm: As this is the last night of the festival, it'll be time for the Lough Ree Monster to head back down the river and back to its home in Lough Ree. It'll get a fantastic send-off, though, with a fireworks display kicking off at 9pm as the monster drifts back to its lair.

10pm: The live music for the Lough Ree Monster Festival will kick off with local band, Reprisal, opening up the night's entertainment. Reprisal will be followed by AC/DC tribute band, IE/DC, who will rock the rest of the night away and bring the evening to a close.

All Day: Much like Friday and Saturday, there will be plenty of attractions and stalls about Lanesboro for the Lough Ree Monster Festival. And, on top of that, there will be a Plantation Exploration Dome in Lanesboro Parish Hall, so pop in and have a look!

All Day: There will be a wide range of entertainment in at the Cloone 29th Annual Agricultural Show this Monday in Beirnes Field on the Ballinamore Road, so be sure to pop in. Attracions will include a dog show, bouncy castle, competitions, vintage vehicle exhibition, water zorbing, tug-o-war and plenty more. Don't miss it if you can spare a couple of hours!

2pm: Lanesboro Triathlon Club will hold its annual sponsored swim on Monday and this year's event will be in aid of the Longford and Roscommon branches of Multiple Sclerosis Ireland. Registration will take place at 12pm. More information and sponsorship cards can be gotten from O'Brien's in Lanesboro.

7pm: The Credit Union in Lanesboro will celebrate its 50th anniversary in the Big Red Barn. Entertainment will be provided by Gerry Keenan. So if you're looking for a way to round off your weekend, pop in and enjoy the live entertainment and refreshments on offer.

7pm: If it's Bunlahy you're in this Bank Holiday Monday, then you're in for a treat as Creegan's Bar (the winners of our Best Pint of Guinness poll) will be hosting popular band, Spirit of Smokie. This promises to be a fantastic night. Doos open at 7pm. Tickets are €15 and all proceeds will go to Lough Sheelin Airfield in Co. Cavan.