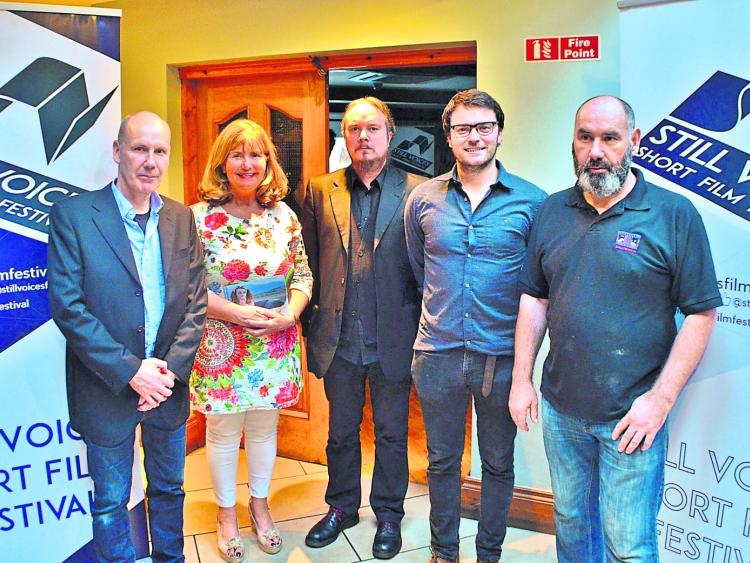 All roads will lead to Ballymahon from August 18 to 20 as film buffs from across the country make their way to the Still Voices Short Film Festival.

Launched in Skelly's Bar, Ballymahon, last week, the festival will facilitate the screening of 100 short films, which make up a diverse and exciting programme.

The festival was first established in 2014 as a showcase for local filmmakers, but has developed over the years with the aim of encouraging and supporting young filmmaking talent across the midlands, Ireland, and even internationally.

Over 300 films from approximately 50 countries were submitted to the committee for consideration this year, with the top 100 being added to the programme.

Sunday, August 20, will see the screening of the top five short films, as chosen by a panel of judges, followed by an awards ceremony.

“The Still Voices Short Film Festival promises to be a great weekend with fantastic films and events to enjoy,” said the festival's Director, Ronan O'Toole.

Speaking at Friday's launch, Mr O'Toole added: “Guest speakers are coming down from England. We have judges coming from England.

“And the whole weekend is just essentially to promote young film-makers as much as possible, and for the community to see as many films as possible.

“Over the weekend, there’s a competition and on the Sunday there will be an awards ceremony.”

At the launch, three films were chosen to give the watching audience a taste of what's to come.

'Raymond', directed by David Stephenson was made in Cavan and tells the story of a protestant farmer in his mid-eighties, who has been living alone for 50 years.

'Notes on Monstropedia' is an animated archive of imaginary monsters, written by a fictitious monsterologist in Medieval Europe. This film was created in Japan by Koji Yamamura.

And finally, 'Land of Smiles' is an adventurous and ultimately sobering trip through Camobia, created by local man, David Martin.

“That was a very small piece of our programme,” said Mr O'Toole after the screening.

“That last film was made by David Martin from just out the road here, so there’s great filmmaking talent from this locality itself.”

The weekend will also see a number of talks, Q&A sessions and events, including a discussion on Gender Equality Within the Film Industry in Ballymahon, featuring a panel of speakers in filmmaking.

This will take place in Ballymahon Library on Saturday 19 at 3pm. Entry is free.

“Pretty much everything is free. So you can wander around for the entire weekend from Friday to Sunday,” said Mr O'Toole at the launch.

In fact, only two of the events are ticketed at this year's festival.

'Without Name', directed by Lorcan Finnegan, deals with the travels of a character Eric to a remote and unnamed Irish woodland to assess its suitability for a development project.

The second ticketed event is 'Song of Granite', directed by Pat Collins.

This film brings the dramatic life story of legendary sean-nós singer Joe Heaney to the screen with an audacious exploration of the man and his music.

Tickets for these events can be purchased for just €10 at the festival box office, located in Skelly's.

There will be four venues for this year's festival - all located in the picturesque town of Ballymahon - Skelly's Bar, Bog Lane Theatre, the Library and Cooney's Hotel.

The festival has also received an abundance of support from Creative Ireland, and main sponsors, Charlie Byrne's Bookshop, which is based in Galway.

“Without their support, this festival wouldn’t be here,” said Mr O'Toole.

“This festival also wouldn’t be possible without the great support of the festival committee, Mick (Carey) and Dave (Colohan) and my father (Pat O'Toole) and Sinéad (Flannery) and especially Pat Byrne (Skelly's), who has hosted us over the last three years in this room just to set up.

“And now that we’re expanding, we won’t forget about our roots here.”

The festival will run from August 18 to 20 and promises to be a fantastic weekend.

For more information, or to download the full programme, see www.stillvoicesfilmfestival.com.