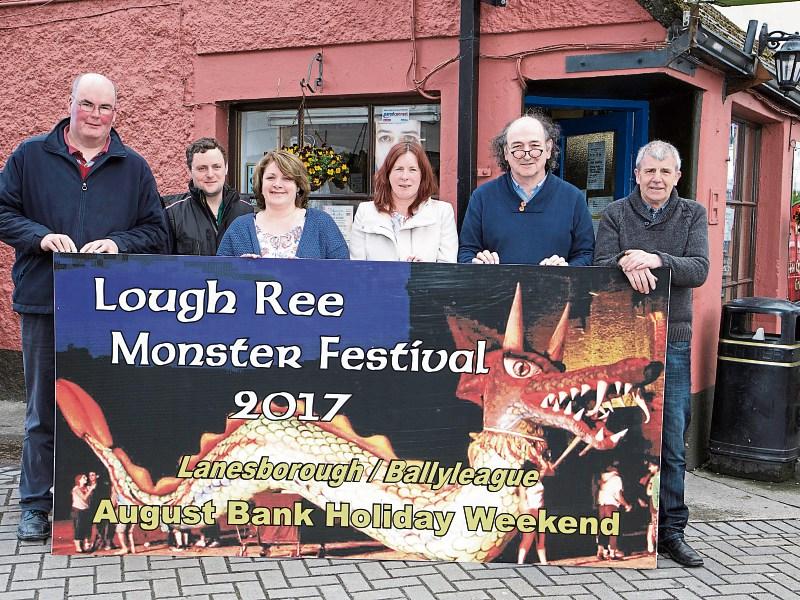 Lanesboro is gearing up for one of the most exciting festivals of the summer, which takes place this weekend.

“The launch went marvellous and the play was marvellous,” said Joe O'Brien, one of the organisers of the festival.

“Everybody enjoyed it and not one person grumbled. It was wonderful not only for us, but for John Kenny, who wrote the play, and for the cast. They were fabulous.”

This weekend will see a fantastic programme of events, which includes a family fun day, a planetarium, a gyroscope and plenty more.

Monday evening will see the local Credit Union celebrate its 50th jubilee in the Big Red Barn, with festivities kicking off at 7pm.

Also on Monday, there will be a sponsored swim at 2pm, organised by the local Triathlon Club.

“The sponsored swim has been going for a number of years and all swimmers are welcome to join,” said Mr O'Brien.

There will also be plenty of live music throughout the weekend, with a number of local musicians booked to perform over the three days.

“It's a great privilege for us to be able to promote local artists,” said Mr O'Brien of the musical lineup.

“We hope they'll come back to us as big stars in the future. It's all about promoting our own.”

And, with three different genres of music on offer - reggae, rock and country - there's certainly something for everyone.

One of the most exciting elements of the festival is the actual Lough Ree Monster.

The monster will be spotted on Friday night, as it drifts towards the festivities, signalling the beginning of the weekend's musical entertainment.

It will then stay within sight during the weekend as people mill in and out of the town to enjoy the events that will take place.

On Sunday night, the monster will return to the depths of Lough Ree until the next time his presence is needed.

“The monster looks great. Kevin Hanlon was the architect and builder of the monster. It's moored up and ready to go at the weekend,” said Mr O'Brien of the creation.

“We're hoping for calm waters. We don't mind if the weather is calm and overcast, but hopefully it won't be rough and windy.”

The festival will take place this weekend with a range of musical entertainment from Katie Gallagher to Natty Wailer and Mike Denver to Reprisal.

There will be plenty of kids' entertainment, and a fireworks display on Sunday night to finish off the festival.

So whatever you do this Bank Holiday weekend, make sure you head down to Lanesboro to enjoy a bit of the Lough Ree Monster Festival!