Thumbs up given to proposed Lanesboro EirGrid development 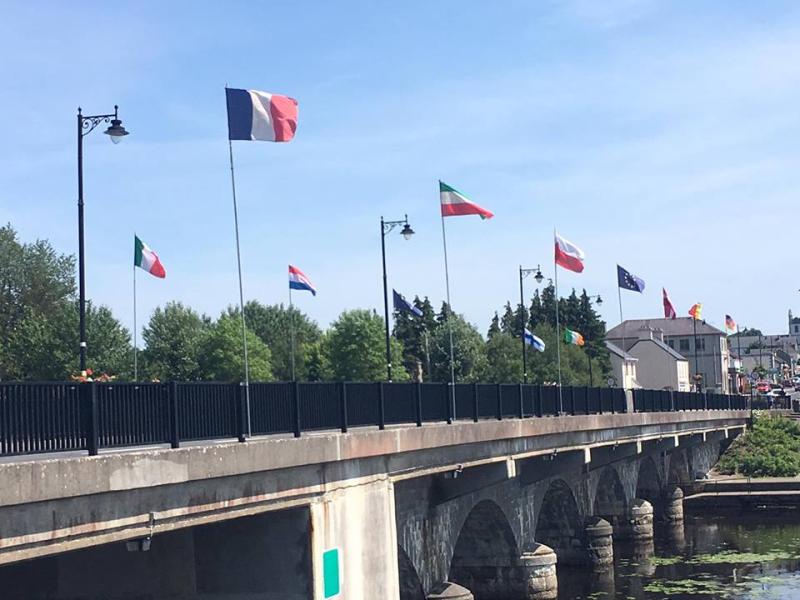 The station also facilitates the movement of power from the west of Ireland to the east and, with the amount of wind generated in the west predicted to increase, the project in Lanesboro aims to safely transport the excess power to parts of the country where it is required.

The presentation by Eirgrid representatives Mark Norton, Steven Murray and Padraig Slyne, detailed the options available regarding the substation in Lanesboro.

“The main reason we're here today is to ask for feedback, comments and suggestions,” said Mark Norton, addressing the councillors present at the meeting.

The trio received a unanimous show of support from the councillors in attendance.

“Any development, in Lanesboro, however big or small, is a help,” said Cathaoirleach of Ballymahon Municipal District Gerard Farrell.

“There are traders groups and different community groups in the area who would be interested in knowing what's going on with that site,” he added, referring to the land on which the substation is situated.
“Interested parties in the community would like to see it developed in the right way.

“I think a public meeting would benefit all parties,” Cllr Farrell continued, adding that he would be happy to liaise with EirGrid when the time comes to set up a community discussion about what to do next.

The plan is for Eirgroup to speak to environment and planning agencies, elected representatives and specialist representative groups, as well as the local landowners and residents.

After liasing with all of the above, EirGrid will move ahead with planning permission, depending on which option is selected.

“We only wish to purchase as much land as we need,” said Mr Murray, opening up a discussion about the community and how the groups can work together to ensure the project is beneficial to Lanesboro and Longford in general.

The next step, according to EirGrid, is to apply for planning permission, which could take until next year. Construction will follow.

Other local councillors present agreed that this project would be a step in the right direction for Lanesboro, with Cllr Paul Ross stating that this “definite development” is “good news” for the locality.

Cllr Mick Cahill agreed that this was a great development for the area and that “it has to happen to ensure continuity in power supply”.

The construction costs, according to the EirGrid representatives, will vary dramatically depending on which of the three options is decided on, but there will be job opportunities created.

“The substation itself will be unmanned,” said Mr Murray.

“There will be jobs in construction and it will bring opportunities for other industries, but there will be no physical jobs on the site.

“We can't bring the industry, but we can create the environment for the industry to develop,” he concluded.

Ultimately, it was decided that EirGrid would liaise with local groups to decide which option would best suit the area, but no group meetings have been set up as of yet.

Cllr Gerard Farrell will be discussing community group meetings with the EirGrid Community Liaison Officer, Gráinne Duffy, in due course.