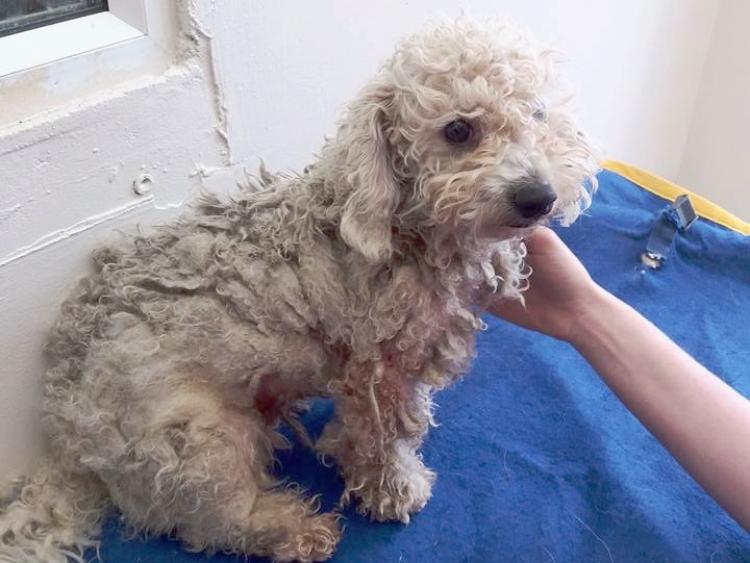 Longford Dog Control Services have been looking for two missing dogs since February. One has turned up in a bad state, but the other is still missing.

Longford Dog Control Services are warning dog owners to be vigilant with their pets as dog thefts are on the rise.

The warning came soon after a bichon frise, which had been missing since February, turned up last week in an appalling state.

Teddy was one of two bichon frise dogs to be stolen from Granard in February. The second, Buddy, is still missing and Dog Warden Hilary Robinson, along with the dogs’ owner, Leona Leahy, are appealing to anyone who may know of his whereabouts.

The dogs went missing on February 4 last, when Leona left them in the garden for half an hour while she went down to her mother’s house. When she returned, they were gone. 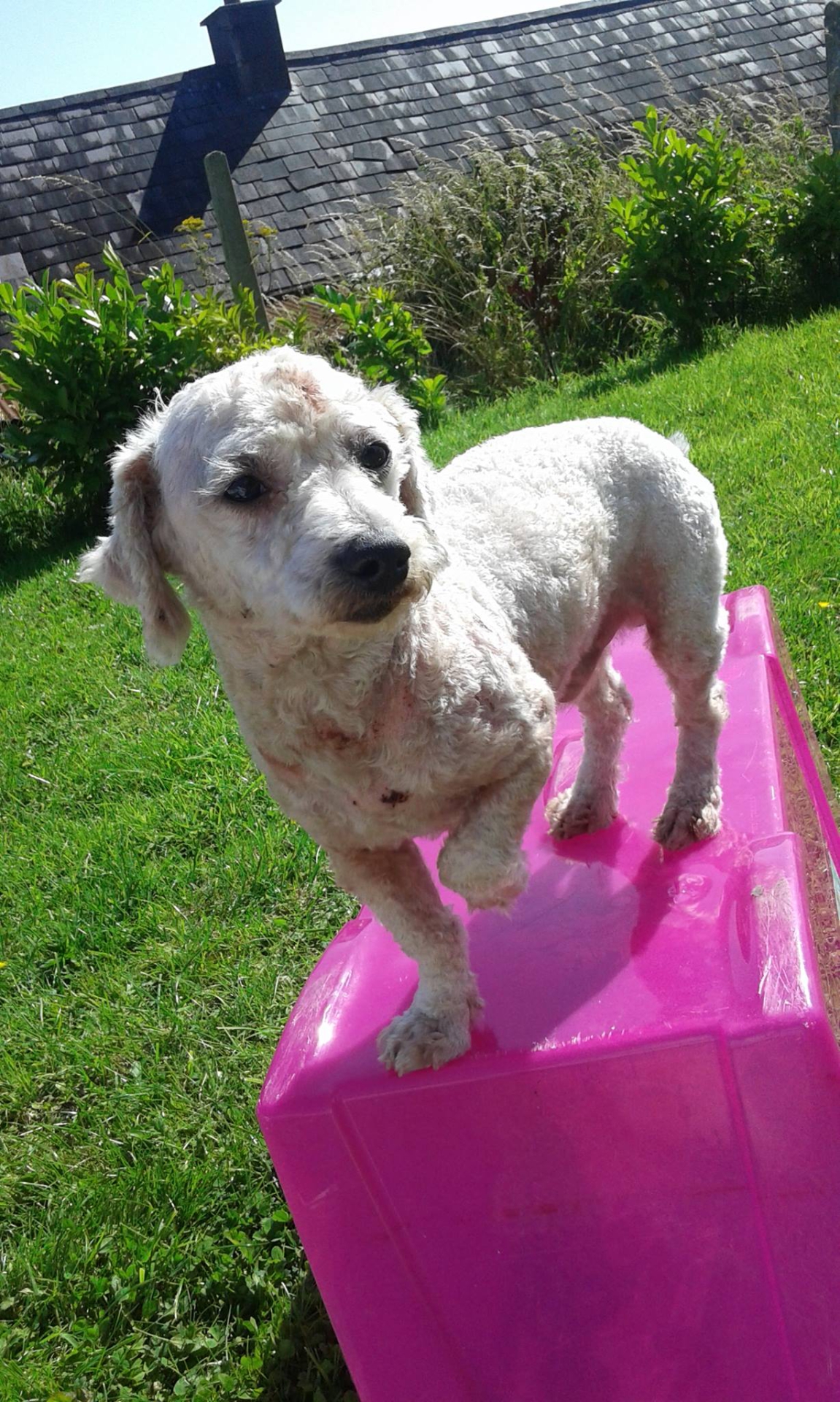 “I ran up town and they were nowhere to be seen. I carried on around all parts of Granard on foot, along with a lot of my friends.

“At half nine that night, I realised they were gone. I was so hurt. They weren’t just dogs; they were my family. I called them my babies; I bathed them; I cuddled them; I even had dog clothes for them,” Leona told the Longford Leader this week.

The Gardaí were immediately notified of the theft and suspects were questioned, but the dogs didn’t turn up.

“It really hurt not knowing if I’d ever see them again; not knowing if they’re being starved or used to be thrown into a fight. You straight away imagine the worst and blame yourself,” said Leona.

“They didn’t know how to fight, or even what a cold night was like, because they were always beside the stove.”

Thankfully, on Sunday July 8 - more than five months after the dogs went missing - the younger of the two turned up.

“He was in an appalling state,” Dog Warden, Hilary Robinson told the Longford Leader last week.

“He was in my office on the ground and he was in pain. So we fed him and looked after him and thanks to the power of microchipping, we traced his owner.

“When he heard her voice outside the gate, he jumped up on the windowsill to look for her.”

Leona “cried with happiness” when she got Hilary’s call: “She was very nice and explained to me from the start to relax and not to be hurt or overly excited - that my dog would look different and that he was obviously mistreated and didn’t appear the same little ball of fluff,” said Leona.

Teddy had been found by a man in the Ferefad area, wandering on the road in a bad state and in a lot of distress and pain. When he was scanned, his microchip traced him back to Leona.

“When we got to the pound, Teddy heard us outside and jumped up to the window. He knew us straight away. He rolled on his back and wanted his tummy rubbed,” said Leona.

“Hilary had taken great care of him and fed him ham and vaccinated him. We took him home and he had to be brought to a groomer. His hair was clumped together and lifting up his skin. It had to be removed and treated by the vet.

“But he knows he’s home. Even though he was in so much pain, he still looked happy to be home. But he is sadly not the same giddy puppy. He’s now afraid of other people.”

When speaking to the Longford Leader, Dog Warden, Hilary Robinson, emphasised the importance of microchipping your dog to ensure pets can be traced back to owners.

The second bichon (pictured below) is still missing and anyone who has any information regarding his whereabouts is asked to contact the Longfor Dog Control Services on 086 1733 838. 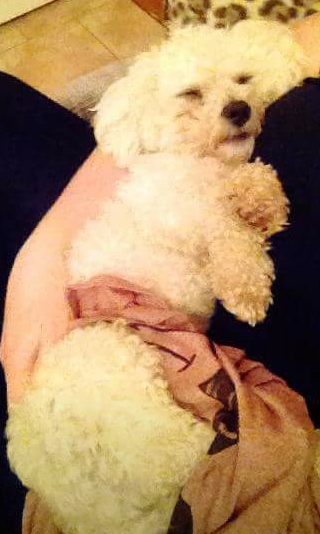