Longford milliner's creation to be showcased by Ottawa Rose 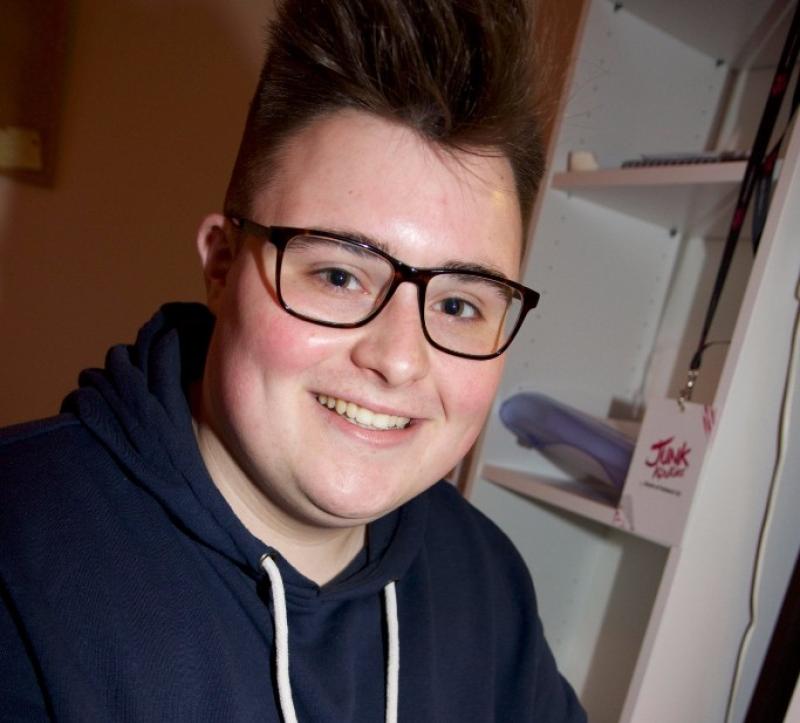 Eighteen-year-old Luke, who gave two demonstrations at the Granard Agricultural Show last, Saturday, said it was an honour to be asked by Stephanie Coull from the Ottawa Rose Centre to sponsor and design headpieces for Vanessa.

Luke, who discovered his passion for millinery during his involvement with the Junk Kouture competition at Cnoc Mhuire secondary school in Granard, said he was ‘truly shocked’ when the Ottawa Rose Centre called upon him.

The Rose of Tralee International Festival runs from August 16 - 22 and Luke, on his Facebook page, revealed, “ Well the piece is now complete and will be on its way to its stylish owner very soon! I want to wish Vanessa all the best with the 2017 Rose of Tralee and can't wait to see all the photos from her tour.”

Luke, from Coolarty, Edgeworthstown, explained that all of his headpieces are designed to customer preference and Vanessa’s piece was no different.

He added, “You will see the finished product very soon but I want to keep it all under wraps so Vanessa gets to be the first to show it off!”

Earlier this year, Luke, who recently completed his Leaving Certificate, designed a number of headpieces that were worn during the Punchestown Festival.