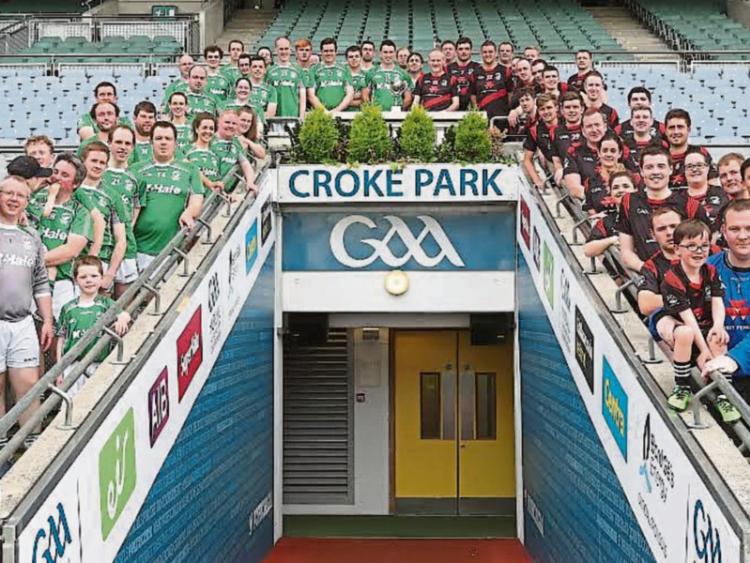 Over 60 players representing Macra clubs from all over Ireland lined out in Croke Park for the Challenge Cup fundraising event with Macra na Feirme becoming the second charitable organisation to be allowed the use of Croke Park.

There was no shortage of well-known GAA personalities there on the day, as All-Ireland winning manager John O’Mahony donned the Banisteoir bib once more to take charge of McHale Shamrocks while in opposition he had All-Ireland winning footballer and GAA Analyst Pat Spillane, who took charge of the Massey Kickhams.

In the post-match banquet all players received a commemorative medal and were treated to a few great tales of the early years of GAA broadcasting from legendary commentator Micheal O’Muircheartaigh, including the little-known fact that the very first radio broadcast of a sporting event in Europe was the 1926 All Ireland Hurling Semi Final between Galway and Kilkenny on 2RN.

Speaking at the event Massey Kickhams manager Pat Spillane said the ultimate dream for any GAA player was to play in Croke Park.

“I was privileged enough to be a part of the greatest Gaelic football team of all time,” he added.

“I played in 10 All-Ireland finals with Kerry and won eight.

Concluding, Macra na Feirme President James Healy paid tribute to all those who made the day possible.

“I would like to thank all the players and Macra members, their families and the staff who raised funds to take part in this great occasion,” he continued.

“I would also like to thank all the sponsors who generously donated to this great cause in particular our team sponsors McHale Engineering, Massey Ferguson and the Irish Farmer’s Journal.

“Finally I would like to thank the GAA and Croke Park for their enormous generosity in allowing us the use of this iconic stadium.”