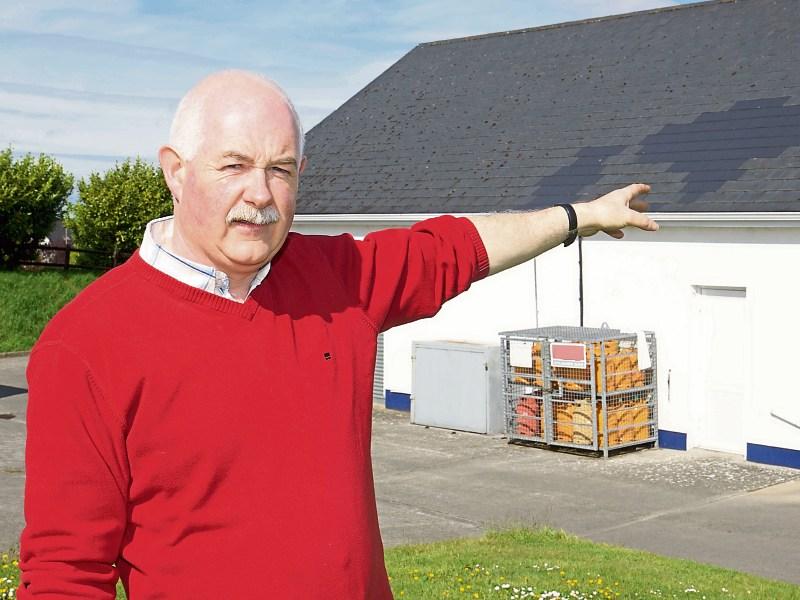 A north Longford businessman has vowed to shut the doors on his family run enterprise if a break-in similar to the one perpetrated at his premises last week happens again.

Sean Whitney of Whitney's Emo  Filling Station in Drumlish was speaking after burglars carried out a daring raid last week by smashing their way through part of the building’s roof armed with a sledgehammer, pick-axe and nail bar.

Extensive damage was caused to the property’s interior as the thieves clambered down inside in the desperate hunt for cash and cigarettes.

In the end it was the latter thieves made off with, much to the angst of Mr Whitney who is still counting the cost of last Tuesday morning’s break in.

“They got away with a lot of cigarettes so they did,” said a clearly despondent Mr Whitney.

“A lot of damage was caused to the roof and with the rain we were flooded out of it. They broke the alarm too.”

The incident, which took place directly across from Drumlish Garda Station, looks set to throw the spotlight once more on repeated calls for additional garda resources.

It’s not the first time Mr Whitney has been faced with having to deal with unwelcome visitors targeting a business which has remained a family stronghold for over a century.

However, he said the after effects of what he was confronted with during the early hours of last Tuesday morning had left emotionally and physically drained.

“It won't close us, we will keep things going but if this kind of thing happens again we will close the doors,” confided Sean.

“I can't sleep at night after what happened. I saw them (raiders) pulling out from the house and the mental effect it has on you would set you mad.”

Local Councillor Paraic Brady said there were plenty of  lessons to be gleaned from the events of last week, most notably from a law enforcement perspective.

“I was very disappointed that the Garda helicopter was not released from Dublin because if it was I have no doubt that these two individuals would have been apprehended,” he said.

Cllr Brady, who is a member of Longford County Council's Joint Policing Committee (JPC) and chairman of Drumlish Community Text Alert, said the fact the break-in occurred directly across from Drumlish garda station was equally disconcerting.

“That's the embarrassing thing,” he added, as he called for the station to be manned on a 24 hour basis going forward.

“What this also does is it reinforces the call for CCTV cameras to be installed in the village (of Drumlish),” he said.