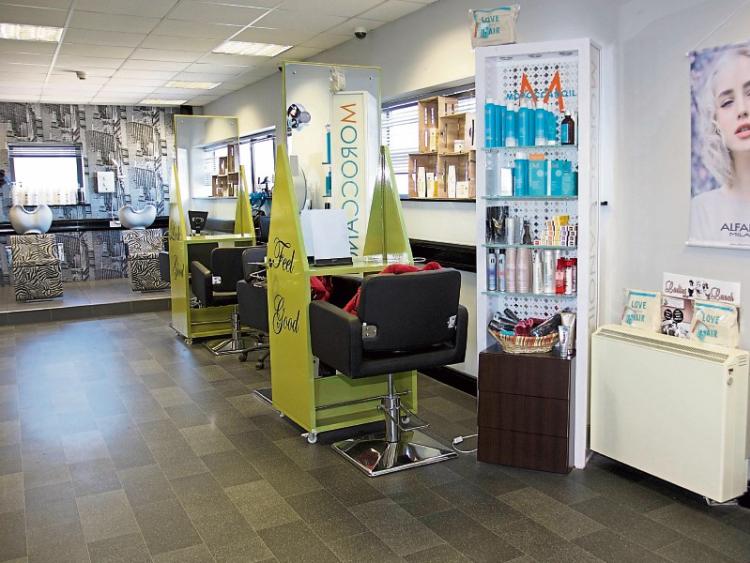 A Longford business owner has hit out at the callous thieves who ransacked her salon in the middle of the night by stealing valuable merchandise and hundreds of euro in cash.

Pauline Duffy, proprietor of Axis Hairdressing, turned up for work at her premises at Longford’s N4 Axis Centre this morning as she has done for the past five years ready for another busy day.

Little did she know that moments later she would be stumbling across a crime scene and forced into contacting her local garda station.

“They (thieves) just seem to have broken in through the front door of a dry cleaners and then coming up into where we are,” she told longfordleader.ie this afternoon.

Fortunately, Pauline and her staff have been able to continue trading this today despite the loss of several hairdryers, straighteners and TV.

“They just took all electrical stuff and got some money too,” she revealed.

The unscrupulous nature of the break-in also saw the culprits make off with the salon’s CCTV hard drive in a bid to escape without leaving any clues behind.

And while Pauline admitted she remains oblivious as to who might have been behind last night’s episode, she expressed hope that camera footage might be available to detectives from adjoining and nearby retail units.

“We are set up in the corner at the minute and working away,” she continued, not before underlining the difficulties hard pressed firms have to endure irregardless of the challenges brought about by criminality.

That said, Pauline adopted a philosophical stance as she switched her focus on ensuring her business remained on an even keel.

“It’s annoying that’s for sure,” she added.

“Things are hard enough but what can you do?”

Anyone with information or who might have seen anything untoward around the vicinity of Axis Hairdressing, N4 Axis Centre, Battery Road, Longford overnight is asked to contact Longford Garda Station at (043) 3350570.